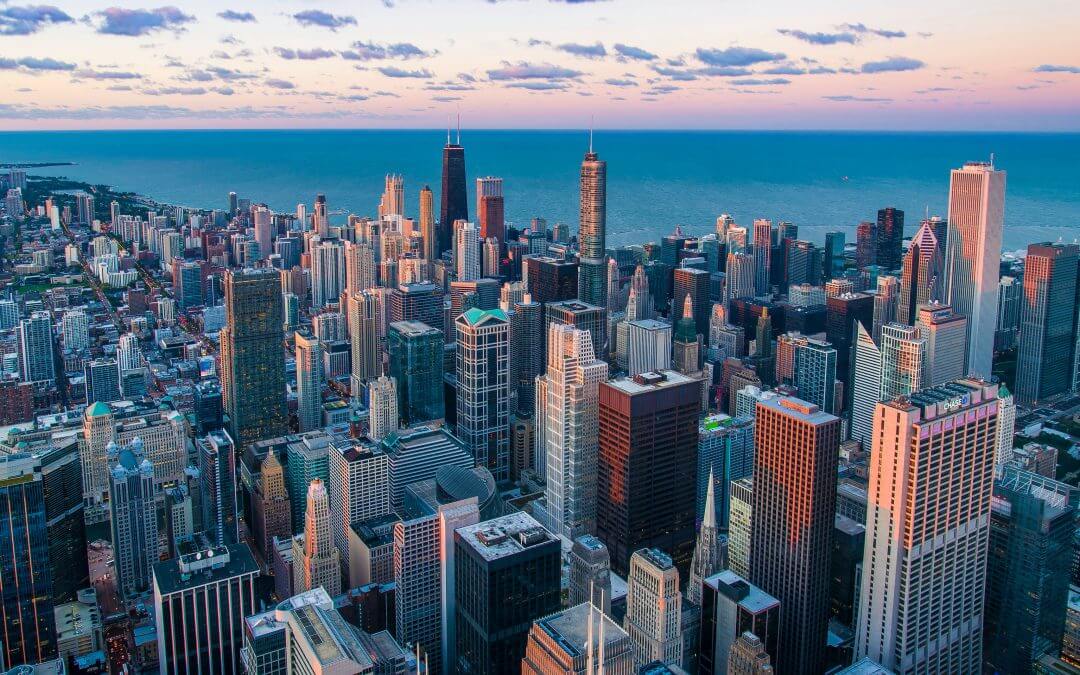 COVID, as I predicted many months ago, is taking a toll on M&A. In the first half of 2020, the value of mergers and acquisitions fell 50% from the year-earlier period to the lowest level since the depths of the euro-zone debt crisis. 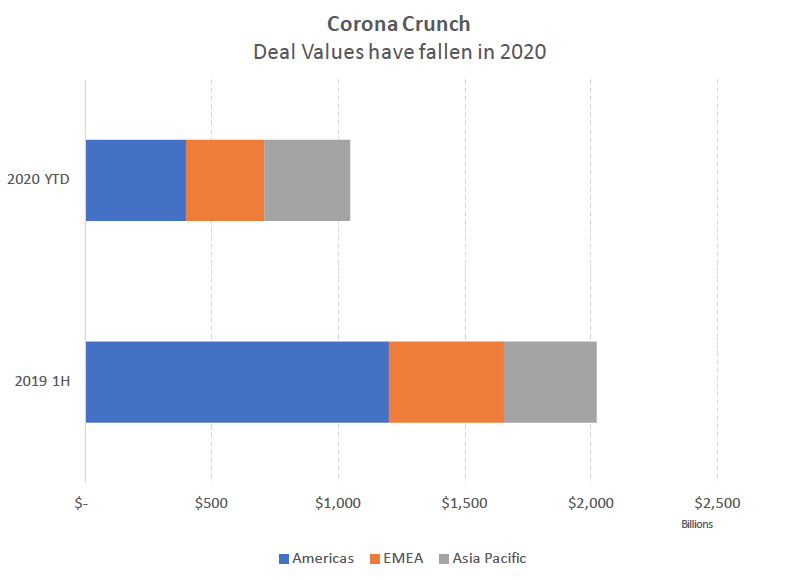 Source: Bloomberg
Data shows the value of pending and completed M&A applied to targets in each region. 2020 figures are through June 28.

The Americas have realized the sharpest fall with deals value down 67% in the first half. Every major industry has been hurt. However, the financial sector fared better than most because of Aon Plc’s $30 billion offer for Willis Towers Watson Plc and Morgan Stanley’s proposed $13 billion acquisition of E*Trade Financial Corp.

As has been said before, the COVID situation is a public health crisis. Until we deal with the public health issue, everything else will suffer. The M&A numbers reflect this with Asia Pacific currently leading with the best response. EMEA suffered initially but is recovering, while the Americas, with the U.S. and Brazil failing in their response, has fallen the most.

U.S M&A activity in Q2 2020 continued to decline as COVID remained an unrelenting problem in North America, especially in the US. North American M&A activity during this period was $336.8 billion across 2,025 transactions. Currently, the US recovery is more of a “W” than a “V”, which threatens to further drag down M&A activity.

Nevertheless, certain sectors, namely tech, and healthcare continue to have a stable deal volume, as many companies in these sectors have benefited from COVID and are opportunistically seeking M&A transactions. However, in areas such as oil & gas, many companies are completing deals just to survive.

Due to COVID, buyers and sellers are struggling with a lack of accurate earnings and cash flow forecasts, causing parties to avoid deals. Further, cash is key, and survival is not running out of cash. Thus, unless companies have large cash piles or can use their paper, deals will be further limited.

While both the U.S. and Canada confirmed their economies entered recessions during Q1, Canada has since emerged from its shortest recession on record due to its effective COVID response. The prospects for the U.S. remain bleaker with rising COVID cases negatively impacting the country’s economic outlook. Furthermore, many of the states that opened up too early, e.g., Florida, Texas, Georgia, have seen dramatic increases in cases and are shut back down.

Currently, the International Monetary Fund is forecasting an 8% decline in GDP for the U.S. in 2020. With no end in sight for the pandemic in the U.S., which has the most cases and deaths from the virus globally, that may be optimistic.