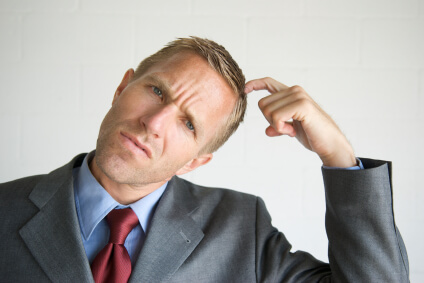 The Inability to Deal with Unexpected Events = Failed Leadership

In the last week, we have seen two examples of failed leadership out of the same industry – the airline industry.

First, there is Delta Airlines and its 3,500+ canceled flights due to the storms that passed through the Southeastern US last Wednesday. Now the inclement weather is not the airline’s fault, and few of us would want them flying in dangerous conditions; however, it is how the airline responds to that situation reflects on its weaknesses and those of its management. From what is appearing in the press:

Of course, Delta will undoubtedly recover from this debacle. However, to ensure that there is salt in the wound, Delta made two announcements. They were making the SkyMiles program less generous, and replacing many of the chairs in the concourses next to their gates with smaller, harder, plastic ones so passengers can appreciate the TLC the company feels for them.

Not to be upstaged by Delta, and in the time-honored tradition of “Here hold my beer” on Sunday, United Airlines decided that it needed four volunteers from a flight to get off as they need to provide the seats to United crew. None of the passengers were willing to accept United “kind offers of compensation,” so the company selected four passengers at random and took them off the flight. One passenger refused, so security dragged him bloodied over the seats, down the passageway, and out of the plane upsetting many passengers.

The video has gone viral on social media and watched over 250million times according to some reports. Initially, United apologized for the overbooked situation. However, United’s CEO, Oscar Munoz, did not apologize for the handling of the passenger, or as he termed it, “re-accommodate these customers.” In an email to employees, he doubled down on the situation supporting the company’s actions and blaming the passenger for the entire episode. As the backlash grew against United, Mr. Munoz made more vague apologies before finally stating that “I continue to be disturbed by what happened on this flight and I deeply apologize to the customer forcibly removed and to all the customers aboard,” . . . “I want you to know that we take full responsibility, and we will work to make it right.”

Unfortunately, Mr. Munoz was brought in to fix United service problems about eighteen months ago, so apparently, that effort has made little progress. Also, Mr. Munoz’s support of the employees is consistent with United’s general attitude to its customers. From other articles appearing at the moment, United is an equal opportunity abuser, threatening to put a first-class passenger in handcuffs if he did not give up his seat to a higher priority passenger. The culture of we are right and you the passenger are always wrong and to be abused is failed leadership of the worst kind. Initially, the market reacted negatively to the news but has recovered as investors realize that there will be little impact on United. The share price at the close today (4/12) is down about 2.2% reflect a drop in United’s value of approximately $0.5bn.

It is within United’s rights as a carrier to remove anyone for any reason from a flight, and if they resist, forcibly remove them if necessary. Thus there will be no recourse against the airline legally as a result of this. Will there be a consumer backlash against United? No, for the same reasons, there won’t be one against Delta. The US carriers are effective monopolies in their markets; Delta has 81% of the gates in Atlanta and goes to great lengths to ensure other carriers, i.e., Jet Blue do not come in. Monopoly can treat their customers any way they like as the customer does not have a choice – think of the way utilities make you wait at your home for half a day for a technician to show up to connect you. However, this behavior reflects that the US carriers are closer to the RyanAir than Singapore Airlines when it comes to service while charging a Singapore Airlines price. It always amuses me that Delta boasts that it selected the best Business Airline because I have to wonder by who, obviously, no one that has flown internationally on other airlines.

However, I digress. Let’s return the failure of leadership. It is my experience that all organizations, like people, make mistakes. However, successful organizations and individuals are those that recognize the mistakes early and correct their behavior. Taking two great business quotes:

“Everyone has a plan ’till they get punched in the mouth.” Mike Tyson

It is the culture that deals with the unexpected, not strategies and plans.

Thus the role of leadership is to create a culture within the organization to deal effectively with unexpected change. In the case of Delta, it is evident in the ensuing chaos of the last week that the company is not set up for sudden change. After the IT disaster that befell the company last year, one would have thought they would have a better grip on it, but it seems that Delta did not take advantage of that situation to learn how to deal effectively with the unexpected.

United, having oversold the flight and needing to move some crew to another location, had not allowed for such a situation. This situation was a failure of planning. However, rather than solve the failure to plan, they decide to take the easy solution of removing someone from the flight, but when one passenger did not want to go, the staff make the tagline “the friendly skies” late-night comedy fodder for years to come.

Most of us do not have companies that exist in monopolies, where we can abuse customers as they have no choice. Our clients are fickle, and a social media storm like those Delta and United experienced would put us out of business. Thus we must teach our employees how to deal with the unexpected and give them the decision making authority to do it. They need to understand the objectives and the mission of the organization to ensure the decisions they take to align with the company’s goals, but mainly to ensure that when the unexpected happens, the whole place does not become the Titanic. Also, we need to teach them how to keep customers happy. Ritz Carlton Hotels used to have a policy that anyone in a hotel, from the bellman up, was allowed to spend up to $1,000 no questions to cure a customer complaint. That built a reputation for fantastic service and guest satisfaction, which Ritz still enjoys to this day and keeps the customer returning.

The US carriers will continue to provide inferior service, in the tradition of Basil Fawlty, until such times as competition threatens them into realizing it is the customer that matters, and excellent service is essential. However, until then, expect more incidents like we have seen over the last week because, as any parent will know, without consequences, there is no change in behavior.