TikTok, Why and Should You? Yes 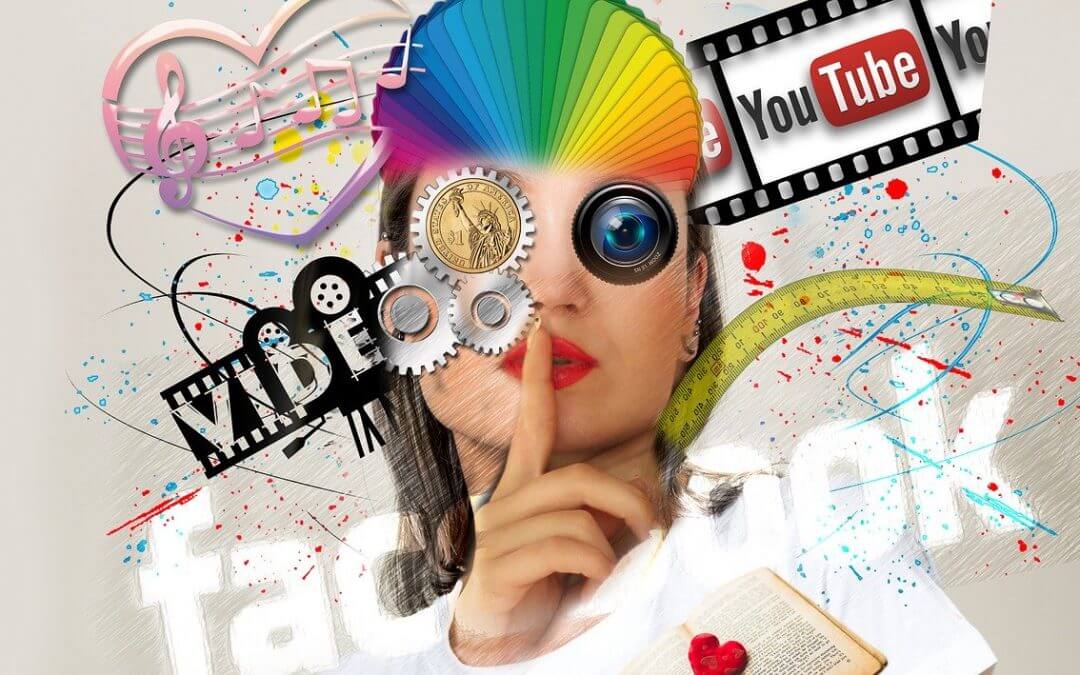 Even if you are not on TikTok, you have probably seen the videos. In the world of social media, you’ve got to move with the times and if you’re not fast, you’re last. TikTok is the fastest growing social media platform with more members than Snapchat, and as a marketer, you shouldn’t ignore its rapid growth and rise in popularity. Currently, TikTok is taking share from all the other social media channels and growing like crazy. If your business is B2C you need to understand it. If you are B2B, you should so that you understand the under 30s coming your way!

While TikTok is a social network, it has nothing to do with one’s social network. It doesn’t ask you to tell it who you know. The app has a “Discover” page, with an index of trending hashtags, and a “For You” feed, which is driven by an AI system that analyzes and tracks user behavior to provide a continually refined, never-ending stream of TikToks optimized for your attention. Essentially, the platform is an enormous meme factory, and giving small pieces until you yell enough!

How did it get here?

ByteDance, a Chinese tech company, founded in 2012, owns TikTok. In 2016 ByteDance launched a short video app in China called Douyin, and Douyin took off. Within a year, Douyin had 100 million users and 1 billion video views a day. A year later, Douyin decided to expand outside of China to select international markets under a new name – TikTok. As TikTok shot up the charts in other Asian markets, in the US, a short video app was taking off, Musical.ly, which focused on 15-second lip-syncing music videos. When Vine closed in October 2016, many of its influencers moved to Musical.ly to continue their work. In November 2017, ByteDance acquired Muscial.ly for $1 billion. In August 2018, ByteDance announced it was shutting down Musical.ly and merging it with TikTok. In December 2018, TikTok peaked in the US with 6 million installs that month. ByteDance received a three-billion-dollar investment from SoftBank, and last fall, it was valued at more than $75 billion, the highest valuation for any startup in the world.

How does it make money?

TikTok generates a million dollars annually, according to Crunchbase. However, TikTok is aggressively investing in growth right now and is grabbing market shares away from other popular social media channels.
A few potential monetization strategies might be:

TikTok has grown so fast that Facebook has taken notice and is building an app, Lasso, to compete against TikTok. However, given TikTok’s position, that may not be easy. TikTok is following its users of a specific demographic around the web via paid ads, and it appears to be ubiquitous. It is blitzscaling to gains as much growth and share as fast as possible.

TikTok is available in 150 markets. Typically built around music, language doesn’t pose a significant barrier for its videos. As few of the videos have anything to do with the news, they don’t quickly become dated. Kids do TikTok better than adults. According to Jack Wagner, a “popular Instagram memer, “I haven’t seen one piece of content on there made by an adult that’s normal and good.” However, adults are also using the platform, including:

Why it is appealing

The platform doesn’t pretend to require a good reason to visit; the only reason is it serves videos that retain your attention. Through its AI system, half an hour has passed before you realize it. What makes it unique is that unlike Instagram and Facebook, it doesn’t make us feel irritated, looking at friends having a better life. The whole family can watch together if the content is appropriate, making it more fun and engaging rather than falling into our closed silo with our device.

Further, TikTok focuses on whatever will retain our eyeballs, and it provides the incentives and the tools for users to copy that content with ease. The platform then adjusts its predilections based on the closed-loop of data that it has created. The scary thing is that the algorithm provides what we want, and we deliver what it wants. When do we know what the difference is between the algorithms and us?

In addition, TikTok has a couple of differentiators. First, as a Chinese company, it has huge market penetration in China, unlike many of the other large social media companies. But TikTok has local market adoption more than other social media companies, helping get more user attraction. Finally, TIkTok is focused on developing local creators in each market and limiting influencers.

In January 2019, the Peterson Institute for International Economics, an American think tank, claimed that TikTok poses a national security threat to the West. It noted the app’s popularity with Western users, including armed forces personnel, and its ability to convey location, image, and biometric data to its Chinese parent company, which is legally unable to refuse to share data to the Chinese government. There is discussion in Congress about legislating or banning it, but for now, it is still up and running.

So Why Should You Care?

Brands are slowly appearing on the platform. From fashion brands like River Island and Guess to restaurants like Chipolte, to massive sports teams like NFL’s New York Giants, an array of favorites taking up space on the channel now. If your demographic includes Generation Z then you should definitely be considering TikTok as a brand channel. Also, remember that as teens are often ahead of the curve on most things, so even if Gen Z isn’t your thing, your actual target audience may be moving to this platform in the near future so it’s worth reserving your handle and get experimenting!