Like Wine? You Better Pay Attention to Climate Change 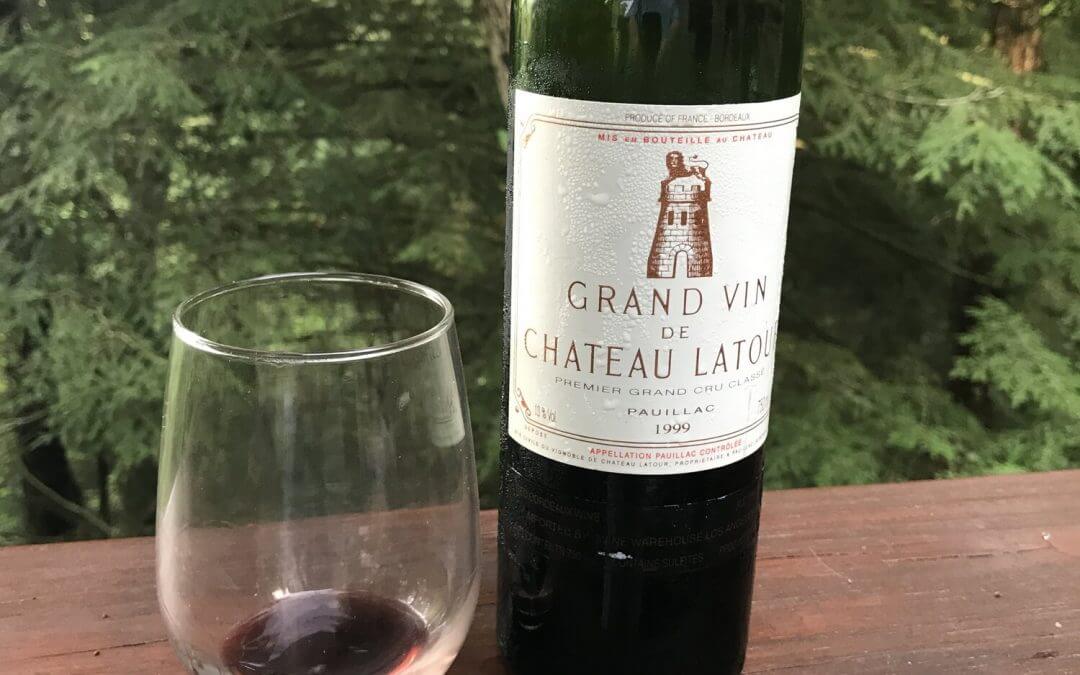 Some of you may have read my recent blog post on Greta Thunberg, the Swedish climate change activist, and her mission to wake people up to the threats of climate change. While there is a consensus older white males revile her, one segment of that group that may start to pay attention is the many oenophiles, as climate change is possibly the most significant threat coming after their wine.

Growing grapes is a tricky business; first, the terroir, the unique aspects of a place that influence and shape the wine made from it, needs to be correct. For great wines this requires:

Winemakers have kept careful track of harvest dates for centuries, with some records going back to the Middle Ages, as the harvest dates are crucial for the quality of the wine. Harvest too early, the grapes might not have developed the right balance of fragrant chemicals that give the wine its characteristic flavors. Too long and the grapes will have too much sugar, making the wine will be more alcoholic, and the acids that give the wine some of its feel in the mouth may disintegrate.

Scientists and historians realized in the 1800s that these careful records could be used to provide an insight into how climate has changed in different parts of Europe has over time. “Grape harvest date records are the longest records of phenology in Europe,” says Elizabeth Wolkovich, a biologist at the University of British Columbia who studies wine and climate relationships. “We have these hundreds of years of records of what the summer temp was like, and we can use them like a thermometer.” With the winemakers’ records, scientists and historians were able to stitch together a history of grape harvest dates going back to 1354.

The data showed that over the past few hundred years, temperatures wobbled around, skewing warm for short stretches and cooling down in others. But overall, climate rocked up and down around a relatively consistent average value—until recently. Now, the nearly 700-year-long record of harvest dates from the town of Beaune, in Burgundy, shows that early harvest dates like the one from 1540 when there was extreme heat, are now par for the course, thanks to climate change.

Thus, for decades, the traditional climate changes were not dramatic enough to be a problem; however, the sudden rise in temperatures over the last three decades has changed the status quo. The sudden increase in temperatures is impacting the global wine industry in many ways.

High temperatures are lowering acidity in grapes and increasing sugar, which yeast turns into higher alcohol during fermentation. As a result, the alcohol content of wines has climbed to about 14% from about 12% in the 1970s. Warmer conditions shift red wine flavors from red fruit notes like raspberry and cherry toward black fruit tastes such as blackberry. As a result, aromas are flattened, and the refreshing brightness that gives wines energy is gone. Heat also affects trace compounds in the grapes that contribute to flavor and aroma. “Wines are becoming fuller-bodied, more alcoholic, and riper in flavor,” said Gaia Gaja, whose family owns an eponymous winery in Italy’s Piedmont. She worries that subtle notes and fleeting, delicate aromas that add so much to wine’s drinkability are at risk. “Finding the sweet spot, when sugar, acid, color, tannin, and flavor in the grapes are in perfect harmony, will be more and more difficult,” according to Kimberly Nicholas, senior lecturer at Lund University Centre for Sustainability Studies in Sweden.

It is not all bad news, though, with rising temperatures, regions that were once too cold are becoming more suitable for wine-growing, and the world’s wine map is shifting. Familiar grapes planted in surprising new regions and terroirs will offer an even more intriguing taste difference. However, world wine production is set to fall to its lowest levels in decades, primarily due to the weather, according to estimates from the International Organization of Vine and Wine. More specifically:

In one French winemaking town, according to 700 years of records harvest dates have moved up two weeks from the historical norm, and during this past summer, with temperatures hitting 115°F, some winegrowers lost half their crop. Pomerol’s Château Lafleur and other top châteaux are cutting back on early ripening merlot because it produces wines too high in alcohol. With rising temperatures, though, Burgundy may say goodbye to the silky, elegant style pinot lovers prize. However, the upside is that Burgundy may produce more exceptional vintages, says Philippe Drouhin of Maison Joseph Drouhin. “Even if the flavor profile changes in the future, that doesn’t mean the wines won’t be as good,” he says. In the Rhône Valley, the summer heat is already pushing alcohol levels to 16%, about the strength of sherry.

As the climate has changed, the South Downs region in England has developed weather similar to the Champagne region, and it happens to boast already the chalky, clay soil that characterizes the iconic part of France. Thus, sparkling wine accounted for 68% of the wine produced in England and Wales or four million bottles in 2017, and estimates for 2018 are 10 million bottles, a record high. English sparkling wines have risen in prominence since the late ’90s due to awards from competitions like the IWSC, served at the Queen’s golden wedding anniversary, and banquets for the visits of the Emperor of Japan and the President of China. The French Champagne house Taittinger planted its first vines in Kent in 2017, for a new venture into English sparkling wine, and the first bottle will be ready in 2023.

Sweden, Denmark, and Norway had a hobby industry in the ’90s. Over the last 20 years, this has changed dramatically with articles on wineries in Sweden and Denmark now appearing in Wine Spectator and other publications as they expand production, varietals grown, and quality of the wine produced. “Sweden has about 30 to 40 vineyards now,” said Elin McCoy, author and wine critic for Bloomberg News. “There’s a new vineyard up on one of the Norwegian fjords at the same latitude as Alaska, so that is a real change.” By 2050, Norway, and Sweden may be the source of some of the world’s great wines.

Mendoza remains the center of Argentina’s wine production, but with climate change, production in Patagonia is increasing. Patagonia is producing good Pinot Noir, Merlot and Sauvignon Blanc, wines which are benefiting from the colder Patagonian conditions. Patagonian wines are considered fruitier and much more vibrant, with the mineral-enriched soil gifting bursts of flavor, while climatic conditions are stressing vines to an optimal level.

While the country has produced pinot noir for a long time, its wines have lacked the depth and complexity of their counterparts from Burgundy. As climate change warms the growing season, German pinots are delivering “previously unattainable heft and nuance.”

States like Montana and Michigan are becoming the new producers. Montana boasts just eight wineries now but expects the western half of the state to be a player in the wine scene by 2050. Michigan, while already producing wine on a small scale, is scaling up as the climate warms. The number of wineries has gone from 16 to 130 in the last ten years.

The overall number of wineries in Australia may be dropping, but winemaking is on the rise in Australia’s southernmost state. As a result, Australia’s famed Barossa Valley may be under threat from climate change and Tasmania. Climate change is making Tasmania’s weather even better for the production of dry rieslings to sauvignon blancs, which are vastly different from what the rest of Australia is offering.

China is undertaking a multibillion-dollar project to transform its Ningxia desert region into a wine oasis. Currently, there are about 50 wineries in Ningxia, which is about 500 miles west of Beijing. The area boasts 80,000 acres of vineyards, and that number is expected to more than double by 2020, nearly triple the acreage of the Napa Valley. China is expected to overtake the US as the most significant wine consuming nation in the next twenty years. As a result, the recent release by the Rothschilds of their first vintage produced in China may be perfect timing as the young, middle-class nationalist drinkers seek local brands.

To date, South Africa has been the leading wine producer in Africa; however, Ethiopia, with its high, central plateaus and temperate climate, could be uniquely placed to be the second-largest African wine producer by 2050. Castel Group, the largest wine producer in Europe, in 2007 agreed with the Ethiopian government, planting 750,000 Merlot, Syrah, Cabernet Sauvignon, and chardonnay grapes vines of near the Rift Valley town of Ziway. In 2014, the company celebrated the production of its first 1.2 million bottles. Producing wine in Ethiopia does have its unique challenges: the vineyards are surrounded by a two-meter-wide trench to deter pythons, hippopotamuses, and hyenas.

By 2050 it is expected that large areas of western Russia will be suitable for wine grape-growing. In support of the growing wine industry, Russians are developing the requisite thirst as reflected in the skyrocketing imports of Georgian wine in 2016, which were up over 150%. Besides, hard liquor sales are falling across the board.

Most winemakers can’t just pick up and move, so they have to get creative to fight climate change. They’re coming up with crafty solutions:

For you savvy wine connoisseurs, new markets trying to prove themselves = top-shelf wines at mid-shelf prices. All of this should make for some exciting changes. A chance to get in on some new great wines, and also to invest in some that will never return. In the meantime, drink those you enjoy. As Maya said in Sideways

“Wow, this is really starting to open up, what do you think? I started to appreciate the life of wine, that it’s a living thing, that it connects you more to life. I like to think about what was going on the year the grapes were growing. I like the think about how the sun was shining that summer and what the weather was like. I think about all those people who tended and picked the grapes. And if it’s an old wine, how many of them must be dead by now. I love how wine continues to evolve, how if I open a bottle the wine will taste different than if I had uncorked it on any other day, or at any other moment. A bottle of wine is like life itself – it grows up, evolves and gains complexity. Then it tastes so good.”

If you are interested in an excellent discussion of the current status of climate change, I would recommend listening to Sean Carroll’s Mindscape podcast, where he interviews Michael Mann.

For everyone, look at your businesses and see what climate change is going to do to your business. How will affect your clients, suppliers, production facilities, and supply lines?