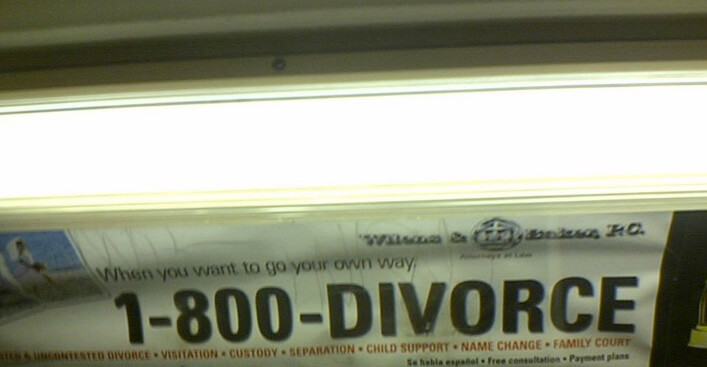 Over the last few years, I have come across several situations where one of the business owners wants to sell their share of the business, and there is no Buy-Sell Agreement to resolve the situation.

Often the owners disagree on the future direction of the business, and their relationship is now hurting the business. Companies are about people, so it should not be surprising that business relationships like all relationships end. While the company may make money, if you no longer enjoy the working environment, you will want out regardless. So like marriages, if you have a Buy-Sell on how to deal with a split, like a prenuptial agreement, it will save a lot of pain later on.

Of all the situations, I have run into the saddest one involved Peter*. About ten years ago, based on his professional work, Peter had come up with an idea for a web-based business. Like many entrepreneurs, he didn’t have much money, so he offered his programmer, John, a percentage of the equity as payment for work done. Peter’s wife, Susan, also got involved in the business as the “CFO” to handle the finances. The company grew with Peter directing sales and product concepts, John programming and Susan ensuring they were financially solvent. By the time I met Peter, the business was doing over $1MM a year in revenue and growing at about 20% p.a. Peter and Susan were putting everything the company generated back into it to drive growth. Thus, they had no liquid assets. Peter had just returned from a sales trip to the West Coast and on arriving back in Atlanta was informed by Susan that she had:

Peter’s fundamental issues were as follows:

Unfortunately, Peter is not alone in facing these issues, and many business owners I have dealt with have met them or could face similar problems in a similar situation.

In all of these situations, there was no Buy-Sell Agreement, and the Operating or Shareholders’ agreement was a simple document comprising one to four pages. Owners use these documents because: (i) no one wants to spend scarce resources on legal documents in the beginning; (ii) the owners don’t understand the materials, which they have often download them from the internet; (iii) they are committed to the dream and no one thinks of the breakup and its consequences; and (iv) if there was a Buy-Sell it only related to death and was funded by life insurance.

Unable to exit and stuck in the business, growing animosity between the owners’reflected their frustration, which destroys morale and the value of the company. The result is often litigation, which results in more business value destruction or even worse liquidation.

Peter didn’t have a buy-sell agreement; therefore, he had no way of forcing Susan and John to buy him out or buy them out. So for about two years, he was in limbo, an owner with no rights, no distributions, no income, and no cash.

Buy-Sell Agreements need to have a way for an owner to exit by dealing with:

Finally, if the Buy-Sell allows for sales to third parties, it will only be attractive to third-party investors if: the Operating Agreements allows for good Corporate Governance; there are Financial Reviews; access to the books; and removal of management for non-performance, etc. No third party is going to invest in a business where they no rights and controls. Again few startup businesses have these provisions in place.

The first issue with any separation is how to split the assets. In this case, it is what is the value of the business. At the time of the company, divorce emotions are so high, that agreeing is difficult. It is much better to build in a mechanism at the beginning when there are no emotions, which define the business valuation methodology and who, if needed, will pay for it. Many Buy-Sells use fixed value or fixed method. However, given that situations change over time, none of these methods is foolproof. Often the best solution is to have a fixed price valuation that is updated annually in the Buy-Sell Agreement. Of course, this requires remembering to get an appraisal done every year.

Because Peter had no Buy-Sell agreement, there was no mechanism for agreeing on how to value the business. A year after terminating him, Susan and John had a valuation done, paid for by the company, that, according to Peter, undervalued the business. Peter argued that if they thought the company was worth so little, he would buy Susan and John out at that price. They refused and said that was all they would offer. Peter’s only recourse was litigation.

Another situation I have come across is “Death by Valuation.” A recent case involved two owners deadlocked over the business. Owner #1 wanted to buy out his partners, Owner #2, and made a low ball offer. Owner #2 had a valuation done by a professional valuation company. Owner #1 didn’t like the result and had his appraisal done by another company. Owner #2 didn’t like that value, and as a result, was headed to hire a third valuation company to do a valuation. As far as I could see, they were engaged in obtaining a never-ending series of estimates until they ran out of money or energy. I persuaded them to agree to negotiate a value based on the two existing valuations.

Once a price is agreed – the next key issue is Money! How is a buyout going to be funded? Many owners I have met tell me that this is not an issue since they have Buy-Sell agreements financed by insurance. Unfortunately, the insurance is usually life or disability insurance, and so there is a shocked look from all parties when I ask who is willing to die for the team. Another problem with insurance backed Buy-Sell agreements is improper ownership and beneficiary designations. Finally, there could be additional tax issues that arise from such insurance policies.

Someone has to come up with the money! Of course, the Golden Rule still applies, “He has the gold makes the rules” – or gets the better deal. Many owners shocked at the value of the business – especially if it is in an early growth stage where it is absorbing capital, and so they see little in the way of distributions, but huge value. There are many ways of raising money from SBA Loans, Bank Loans, ESOPs, Partial Recaps, third party investors, etc. However, all of these will still require:

Remember, “Plan to keep your business for generations, but run it as though you were going to sell it tomorrow.”

In Peter’s case, there was no funding mechanism, and John and Susan were unprepared to obtain their party financing to pay Peter out immediately. They offered to pay him out over five years, depending on the company’s cash flow. However, he had the key sales relationships in the business and had developed the product based on his professional experience. John and Susan had no connections with the leading clients or knowledge of what the industry required. Within three years, the business was half its size, and Peter never received 50% of his buyout.

The Operating Agreement or Shareholders Agreement of the company needs to cover several areas, but among those should be Company Distributions and IP Protection.

While this is not part of Buy-Sell, it is worth determining as part of the operating agreement. How much will the business be required to distribute to the owners each year? Many times this is not clear, or the majority vote determines it. If the Buy-Sell doesn’t’ take into account retirement, the distributions from the company may be the only income of an owner. Thus others could potentially squeeze out an owner by making no distributions to owners but paying out excess cash in bonuses. If the company is a pass-through for tax purposes, this can put financial pressure on an owner, as they have to pay taxes on their share of the income but no cash to do so.

In Peter’s case, it was not clear, so John and Susan stopped all company distributions as they claimed that the company needs funds for litigation and to pay massive bonuses. Peter, who was still fighting over his divorce, received no distributions and had an IRS bill for 35% of the company’s profits for two years. As a result, he had little funds and could not afford the only option available – litigation.

Often in such cases, there is an issue over the IP. In some situations, the owner developed the IP, had it registered in their name, and never transferred the rights to the company. The IP needs to be the property of the company! Who has what rights in the company, and to the IP if there is a breakup determined elsewhere.

I know of a startup that was seeking to raise $2MM to fund the next stage of its development. It has already raised money from friends and family, had developed its technology, and had some clients and revenue. As we were about to approach investors, one of the owners claimed he was owed $300k for developing IP for the company. The other owners disagreed, and the result was that the owner with IP left, and the company collapsed.

In many cases, I found that the owners tell me that while they don’t have specific Buy-Sell agreements, they have other contracts that solve these issues. However, when I look at these other agreements, it often turns out that often they are inappropriately executed if executed at all, or they don’t solve the problem. It is hard when running a startup that is growing to document all that is agreed; however, not doing so can be your undoing.

In Peter’s case, he had drafted an agreement that said that in return for the shares granted to Susan and John, all of them had their positions in the company protected. However, they never executed it. While Peter was convinced the board agreed to it at a board meeting, there were no board minutes to corroborate the fact.

In another case, I dealt with years ago an owner had bought out his partner for $20k. Now ten years later, he was looking to sell the business for over $20MM. However, he couldn’t find any of the documentation relating to the share purchase. Luckily he was able to get his old partner to execute new documents without any changes to the deal, but that may not have been the case.

Many owners will seek to have the exiting shareholder sign a non-compete for some period. While this is understandable, it is best to do it when setting up the company, and it is emotional. It should define: what is covered, where it is protected, and how long it should run. The difficulty often arises when two people start a business together and develop it for several years before the divorce. At that point, they are known and have a reputation in the industry. The non-compete may prevent them from working in that industry and thus forcing them to start a new career. Therefore, these have to be thought through carefully as things could be very different in 10 years when the breakup occurs.

In Peter’s case, he had come up with the idea based on his professional work. Neither John nor Susan had any experience in the industry. However, when they drafted the non-compete, they excluded him from any activity in the industry where he had worked before starting the company.

* Names were changed, and Peter was not a client but someone I tried to help and who became a friend.