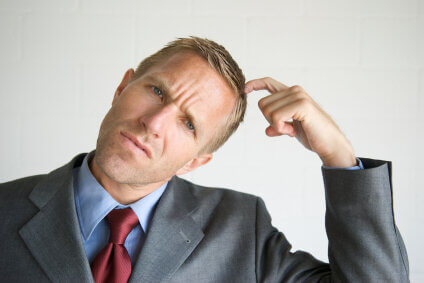 Can’t Solve a Problem, Maybe Its The Wrong Problem

Often we have a problem we are trying to solve. In our life, at work, in design, product, or solution. However, if you are struggling, you are probably trying to answer the wrong question. Dr. Paul MacCready, one of the best mechanical engineers of the 20th century, said it, “The problem is we don’t understand the problem.” Inversion is an excellent tool because it exposes errors and problems that are not immediately obvious. What if the opposite is true? What if I focus on the reverse of this situation? Instead of seeking how to do something, ask what the opposite is and who do I ensure that I don’t do that. The stoics visualized the worst of all situations, i.e., death so that they would appreciate life. Groundbreaking artists invert the status quo to succeed. Effective leaders ask, “What stops us succeeding” as much as they chase the skills that accelerate it.

More often, we should try Inversion. Inversion is a crucial skill that nearly all great thinkers use to their advantage. Carl Jacobi, the German mathematician, who was known for his ability to solve hard problems by following a strategy of man “Man muss immer umkehren” or, “invert, always invert.” Jacobi believed that to clarify, your thinking was to restate the problem in inverse form. He found that if he wrote down the opposite of the problem, he was trying to solve the solution came to him more easily.

Charlie Munger took Jacobi’s lesson and introduced it to value investors. When deciding on the purchase of a stock is to estimate intrinsic value in the long run, we typically ask the following questions:

All these questions are forward-looking, and if the prospects are there, we are about to dive in. However, Jacobi and Munger would invert the problem. What is the inverted question? Well, if the problem is, “How much money I can make?” the inversion is “How do not lose money?” Or, as Warren Buffett says, “Rule No 1: Never Lose Money. Rule No. 2: Never Forget Rule 1.” Thus if we look to questions about how to prevent losing money instead of making money, our four items above become:

By focusing on the inverted questions, we get a better idea if this is a good stock. Listening to a recent interview with Steven Schwarzman, CEO of The Blackstone Group, he has applied Munger’s approach to investing. The concept of inversion is applicable across many areas.

In 1959 Henry Kremer, a British industry magnate, left a haunting question: “Can an airplane fly powered only by the pilot’s body power?” Kremer believed it was possible, so he offered the Kremer prize – £50,000 ($1.3 million today) to the first person to build a human-powered plane that could fly a figure eight around two markers one half-mile apart. Furthermore, he offered an additional £100,000 ($2.5 million today) for the first person to fly a human-powered plane across the English Channel. Kremer effectively offered the first X-Prize.

Over twenty years, dozens of teams tried and failed to build an airplane that could meet the requirements. It looked impossible. However, MacCready decided to try and win the prize. As he looked at the problem, why the existing solutions failed, and how teams iterated their planes, he came to the startling realization that people were solving the wrong question. “The problem is,” he said, “that we don’t understand the problem.”
MacCready’s insight was that everyone would spend over a year building an airplane on conjecture and theory without the grounding of empirical tests. With much fanfare, they would wheel it out for a test flight, and minutes later, a year’s worth of work would smash into the ground. Even successful flights ended in a couple of meters, with the pilot physically exhausted. With a new single data point, the team would work for another year to rebuild, retest, relearn. Resulting progress was slow, but everyone accepted that it was just how it was.

The problem was the problem. If he inverted the problem, Paul realized that the problem was not succeeding at human-powered flight, as that was a red-herring. The issue was minimizing the time not flying due to failure. He came up with a new problem: can you build a plane that could be fixed and flying again in hours, not months. Making a plane with Mylar, aluminum tubing, and wire, Paul succeeded.

The first airplane didn’t work. It was too flimsy. But, because the problem Paul set out to solve was creating a plane he could fix in hours, Paul was able to iterate quickly. Flying three or four different planes in a single day, the rebuild, retest, relearn cycle went from months and years to hours and days.

Paul MacCready got involved eighteen years following the challenge and changed the understanding of the problem to be solved. Within half a year, MacCready’s Gossamer Condor flew 2,172 meters to win the prize. Just over a year later, the Gossamer Albatross successfully crossed the Channel.

What’s the take-away? When you are solving a difficult problem, re-ask the question. To quote Jacobi again, “invert, always invert.” If the issue you are trying to solve involves creating a magnum opus, you are answering the wrong problem.

A Vistage Group is a great way to have a Peer group challenge you to look at the problem from a different perspective. In our issue processing process, after asking questions and before getting input from the members, we always check, “Is the problem asked the actual problem faced?”