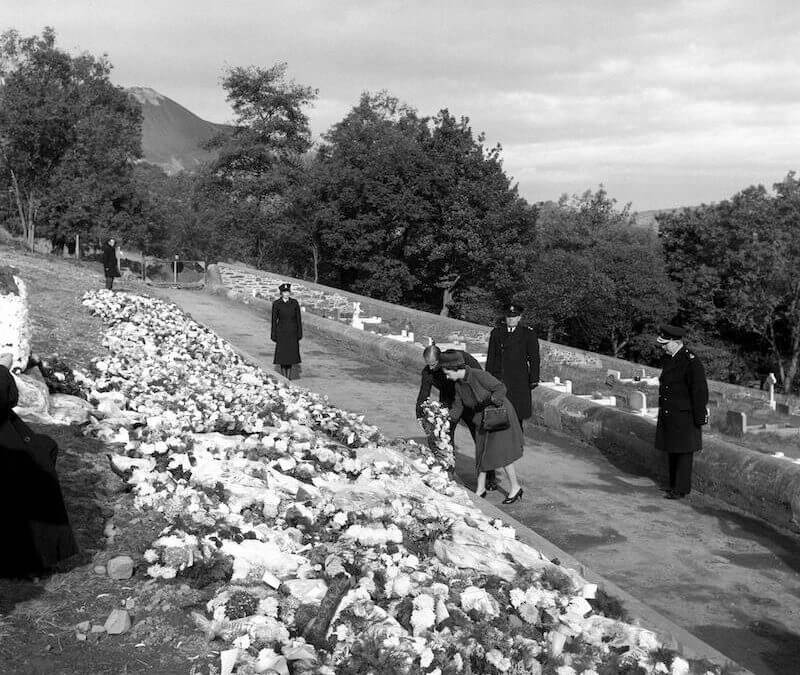 Wicked! The Queen Lost at Martian Tennis Again, You Shouldn’t

Many, if not most, people draw from experience to solve problems, and they do it very effectively. They look at a situation, draw on their expertise, and execute. If you were to ask them, they might even say that they do it without thinking, they are on autopilot. While this works very well in many areas, we find that it doesn’t work in all. They are specialists and excellent at what they do. So why does it go Wrong?

My wife and I binge watch the Crown on Netflix, as she loves it, and I, as a Brit, enjoy it as it brings back many memories of the times I lived in England and ex-colonies. However, watching the episode on the Aberfan mining disaster in Season 3, I suddenly reflected on several situations that have all caused significant issues for the Queen.

Aberfan is a Welsh mining town, and on October 21, 1966, after heavy rains, a landslide of liquified coal waste descended a mountain slope above the town. The mudslide decimated several farm cottages and the Pantglas Junior School resulting in the death of 133 people, mainly children. The Queen delayed her appearance there, despite advice to the contrary. Royal biographer Sally Bechdel Smith claimed this was because the Queen feared her presence would be a distraction to the rescue efforts. Members of the Queen’s inner circle at the time have said the Queen does regret not visiting sooner. “I think she felt in hindsight that she might have gone there a little earlier,” said Sir William Heseltine, who worked in the royal press office at the time. “It was a sort of lesson for us that you need to show sympathy and to be there on the spot, which I think people craved from her.”

Following her divorce from Prince Charles, Princess Diana had started dating Dodi Al-Fayed, son of Harrod’s owner Mohammed Al-Fayed in the summer of 1997. Paparazzi were following the celebrity couple in Paris in the early hours of Sunday, August 31, 1997, when their car crashed and they were both killed. Prince Charles, Prince Philip, and the Queen were first to receive the news, and their reaction was one of “dazed bewilderment,” according to royal expert and author Ingrid Seward. The royal family, holidaying at Balmoral, had no idea of the crisis that was about to overwhelm them when they received the news. The British public’s reaction to Princess Diana’s death was unlike anything the Royal Family or the country had ever seen. Mourners left thousands of floral tributes and messages at the gates of Buckingham Palace. Diana’s fans held candlelit vigils and wanted the flag above Buckingham Palace to be raised to half-mast to honor the princess. While against royal protocol, the Royal Family eventually caved to mounting public pressure and pandered to the demand. Furthermore, in an unprecedented Royal move, Princess Diana was even given a state funeral, which thousands of mourners turned out to watch.

Prince Andrew appeared on the BBC recently to clear his relationship with Jeffrey Epstein and disabuse the notion that he had had sex with a minor provided by Epstein. Many thought that the interview was a bad idea; however, he proceeded, and it was an unmitigated disaster. As a result, Prince Andrew is stepping down from all Royal engagements and has lost most of the corporate support for his various charities.

Looking at these three cases, the commonality in all of them are:

We have all heard of the 10,000-Hour Rule made famous by Malcolm Gladwell in Outliers! The claim is that greatness requires enormous time, 10,000 hours of practice. The Queen was brought up to be Queen; she knew all that she needed to know about being Queen. Her advisors, over the years, were well-educated people with great diplomatic backgrounds.

At the time of the Aberfan disaster, her private secretary was Baron Michael Adeane, who had attended Eton and Cambridge. Baron Adeane had been an aide-de-camp to the Governor-General of Canada for two years. He served in World War II and afterward was Assistant Private Secretary to King George VI and Queen Elizabeth for seven years before becoming Queen Elizabeth’s Private Secretary. Baron Adeane was a member of the Privy Council, a body of advisors to the sovereign who comprises mainly of senior politicians. Thus, he knew the role of the Monarch and what the country expected, but he failed.

When Princess Diana died, the Queen’s private secretary was Baron Robert Fellowes, who was also Diana’s brother in law. Baron Fellowes attended Eton and then joined the Scot Guards, after which he entered the banking industry where he was a managing director of Allen and Harvey and Ross for 11 years. He was then recruited to join as Assistant Private Secretary in 1977 and finally became Private Secretary to the Queen in 1990. Again someone who knew the role, the country, the people, and was prepared for his job.

There is no need to go through the latest situation as I am sure the advisors to Prince Andrew were as equally well trained and prepared.

These men had the 10,000 hours of training, they were well educated, they knew their jobs, but it all went wrong. Why?

David Epstein’s recent book, Range, Why Generalists Triumph in a Specialized World, defines Wicked environments as “Martian Tennis.” You can see the players on the court with balls and rackets, but nobody has shared the rules. It’s Martian, so even how things operate in the environment is different. It is up to you derive the rules, and they are subject to change at any time without notice. “

Unfortunately, most of the world is more like Martian tennis than Chess, and that in most fields—especially those that are complex and unpredictable—generalists, not specialists, are primed to excel. According to Epstein to succeed in a Wicked Environment; we don’t need specialists, we need generalists, who juggle many interests rather than focusing on one and who are more creative, more agile, and able to make connections between all their area of interest.

Thus when looking for people to lead or advise at top levels, we need to look for people with Range and generalists that can succeed in these Wicked Environments. Ideally we want polymaths, but failing that I would suggest the following three things business leaders can do when looking to hire people with range:

Along the same lines, James Carse, the NYU professor and religious scholar has identified two types of games:

The problem, according Simon Sinek, is that too many companies think they’re in a finite game. You can’t “win” business, and approaching it like you can could open you up to failure. In Sinek’s new book, The Infinite Game, he offers a framework for individuals, groups, and organizations to shift their thinking and practices to play an infinite game. From a local police department to the Fortune 500, he shows who’s done this successfully…and who’s failed.

As I have reflected on Range and The Infinite Game, it reminds me of the The Wisdom of Crowds, where I think the Crowd recreates Epstein’s range. For wise crowds to outperform irrational ones, these critical criteria are needed:

The three conditions for a group to be intelligent are diversity, independence, and decentralization, and the best decisions are a product of disagreement and contest. There is no need to chase the expert.

However, the authors note that Crowds produce terrible judgment when the members of the crowd were too conscious of the opinions of others and began to emulate each other and conform rather than think differently. If the decision-making environment is not set up to accept the crowd, the benefits of individual judgments and private information are lost, and that the Crowd can only do as well as its smartest member, rather than perform better. In looking at historical failures of Crowds, the first item he identified was Homogeneity – the lack of sufficient diversity within a Crowd to ensure enough variance in approach, thought process, and private information.

Looking at the Queen and her advisors, they had all come up through the same system, schools, and training. There was too much homogeneity.

So what does this mean for business? Since most of the world is not on the Kind end of the Spectrum, especially not in the fast-changing business world, CEOs have to either hire people with range or ensure that the C-Suite has enough diversity to operate as “great crowd.” They learn beyond practice and assimilate lessons that might even contradict their own direct experience.

May you win at Martian Tennis!