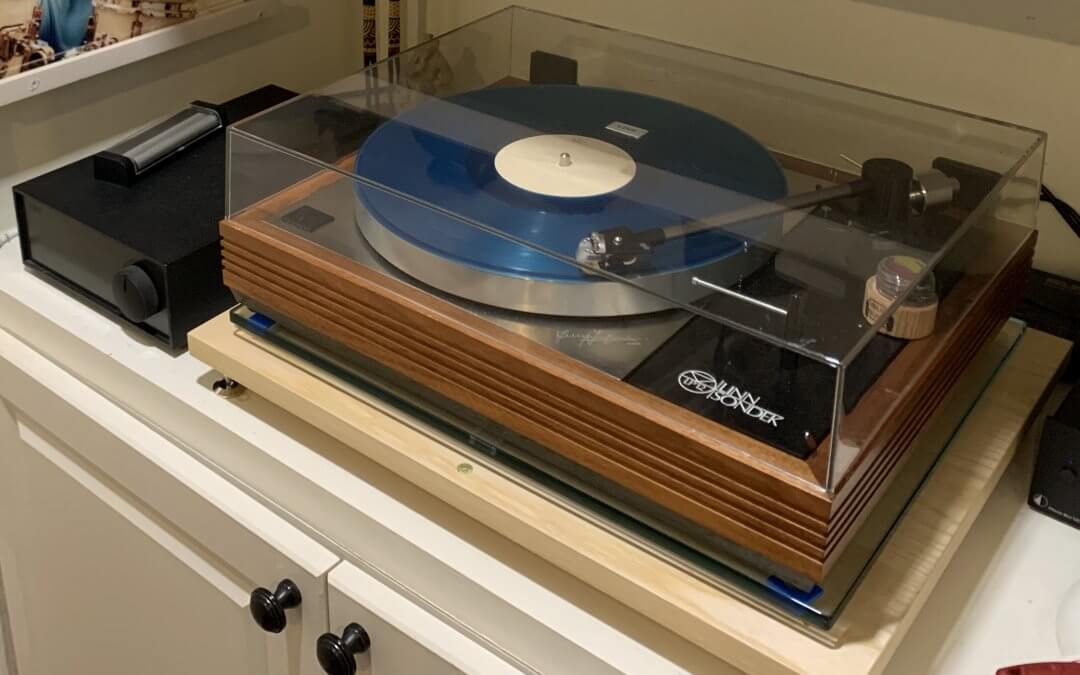 While we all know of companies like Apple and Tesla, not only can large companies achieve this, but small companies have achieved the same thing by carefully defining their niche and what they want to be famous for. An example is Linn Products Limited, a Scottish engineering company that manufactures hi-fi and audio equipment and is renowned for reproducing music neutrally as possible. In 2020, Linn’s revenue was about £20MM, so it is not an Apple or Tesla. For clarity, I am an owner of some Linn products, and the picture above is my LP12 with a Naim power supply.

What Linn Was Originally Famous For

Linn became famous with its initial product, the Linn Sondek LP12 turntable, introduced in 1973. The company’s logo is the simple geometric representation of the ‘single point’ bearing, which was the unique selling point of the LP12.

What did Linn achieve with the LP12? Hi-Fi Choice reviewers voted the LP12 “the most important hi-fi component ever sold in the UK,” and The Absolute Sound ranked it the second most significant turntable of all time in 2011. Hi-fi reviewers sometimes use it as a reference turntable, and Robert Harley said, “It’s impossible to imagine the high-end industry without the LP12”.

The company’s controversial founder, Ivor Tiefenbrun, has defined its philosophy – there are only two ways of doing things – the “Linn way” and the wrong way. The Linn way believes in the primacy of “the front end” (that the quality of the source was crucial for hi-fi music reproduction). Once the information was lost, distorted, or corrupted, it was gone forever and could never be retrieved. Basically, “garbage in garbage out.”

Whether you accept the Linn way determines whether or not you are part of the Linn tribe – “Linnies.” Linnies are committed to the Linn way and are true believers. Whether or not it is true is irrelevant; Linnies are the tribe that is the focus of the company’s marketing and products. To have such a dedicated tribe of customers and followers is indeed the ambition of many B2C companies. Now many others believe that Linn’s doctrine is prone to “propaganda, brainwashing, historical revisionism and other ways of interpreting reality.”

While a hi-fi company, Linn has relied on technological excellence to maintain its reputation. All its equipment is impressive, with the fit and finishes reflecting the product’s price point. The products are built to minimize unwanted electrical and mechanical interactions that could degrade the performance. Casework is damped to reduce the impact of external vibrations. When products are sent to Linn for repairs, they are returned with:

This service further creates the image of technical excellence. The company invests between 10% and 20% of its revenue in R&D to maintain its technological leadership.

Over the years, the company has introduced new products, speakers, amplifiers, CD players (no longer), and digital streamers while still sticking to its philosophy. In 2007 the company’s strategy switched to supporting digital music playback of 24bit/192 kHz studio master quality recordings using a digital stream over a home network with digital technology.

The company launched its first digital streamer in 2007, and since then, it has launched several others. Linn’s commitment to digital music has continued. In October 2010, Linn Records was awarded Label of the Year by Gramophone magazine because of the company’s commitment to improving the quality of the recording process and distributing music online at studio master quality. Since then, Linn provided its digital music players with internet access to lossless music streaming services (TIDAL & Qobuz) which provide access to a CD-quality library of over 60 and 50 million audio tracks, respectively.

In 2013 it launched its Exakt technology, which in line with the company’s philosophy, was designed to eliminate many of the sources of music loss inherent in analog hi-fi chains. The company sought to prevent the signal loss by keeping the 24-bit lossless signal in the digital domain to the loudspeaker and converting it to analog at the latest possible stage. In 2014, the company launched speakers with the Exakt technology, which effectively turns the speaker into an intelligent, network-connected, software upgradeable product. According to the company, inside each Exakt loudspeaker is a proprietary digital platform that eliminates phase and magnitude distortion and offers room optimization. These speakers have the amplifier inside, shortening the distance from the amplifier to the speaker to prevent signal loss, and they received high critical acclaim.

The LP12 Is Still Going Strong

The Sondek is still in production today and is benefiting from vinyl’s resurgence. There have not been any radical changes to the turntable’s design since its introduction. However, Linn has not sat still; the LP12’s sound quality has been improved through retrofittable upgrade kits, which consist primarily of refinements in materials used and improved manufacturing tolerances.

Linn currently offers four versions of the LP12 – Majik, Akurate, Klimax, and “build it yourself.” The differences between the versions are improved components to improve sound quality. Linn now offers a system that takes a feed straight from the tonearm base and digitizes the music in line with its strategy. The LP12 signal is converted to the 24bit/192 kHz stream and kept there until it gets to the amplifier.

How Linn Feeds Its Tribe and Creates Stickiness

While the Linn range of products has changed over the years, I believe that one of the ways it has kept its followers is by:

An excellent example of this is the discussions I see online, where someone who has always wanted an LP12 will find an old one that they can upgrade for less than the purchase of a new one. Thus, the company gets new acolytes who will buy products from them over time but are not driven away by the high cost of entry.

With its latest technology, the company is increasing the stickiness of its products. Those with Exact speaker technology, as mentioned before, have upgradable software systems, which provides more ways to offer upgrades to uses, as Tesla does. In addition, those with Exact speaker technology are tied to the company because if they want to change systems, they need to buy new amplifiers as the amplifiers are built into the speakers.

So How Does this Help Linn

As I mentioned in my previous piece, being famous for something is crucial. How has it worked with Linn?

For what are you famous?

If Linn, a small Scottish company, can achieve this, what stops you from being famous for something?