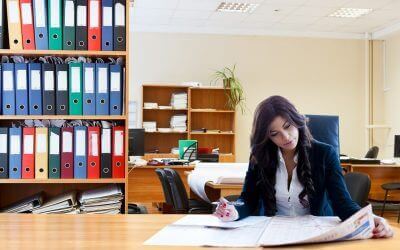 Are we losing (the best) half of our workers?

The job numbers released last week confirmed what we heard for some time. Women are leaving the workforce in record numbers. According to the jobs report, 865,000 women over 20 dropped out of the American workforce compared with 216,000 men in the same age group. Thus, four times the number of women are leaving the labor market compared to men. Women are bearing the brunt of parenting and running a household while also working a job during the pandemic. The consensus is that even though men are doing more than they’ve perhaps done in any other generation, it’s still not half. The Labor Department finds that married mothers do almost double the household chores and parenting as married fathers.

This environment has created a pressure cooker environment in many households, and it has come to a head with the start of the new school year. As many children stay home instead of returning to school, many women are making the difficult decision to drop out of the workforce altogether. The child care crisis is wreaking havoc on women’s employment.

The new school year has brought it to a head with many children staying home instead of returning to their classrooms in person. And it is forcing many women to make a difficult choice and drop out of the workforce altogether. At the end of 2019, women held just over half of all payroll jobs for only the second time in history. Women now account for 49.7% of the workforce.

This departure from the workforce isn’t just an issue for women, it’s an issue for families, the government, and the economy because women employment it drives GDP.

For women. The longer women are out of the workforce, the harder it is to get back in. Every month and year that a woman is out of the labor force leads to a decline in skills, behind on the latest technology, and increasing the wage gap between others who have been in the workforce.

For the economy. Women are critical contributors to household income. According to many, family finances are going to deteriorate in the immediate term.

For the government. If women leave the labor force, there is a risk that the country will take a step back in gender dynamics, both in the workplace and at home. It will reduce the number of women seeking to enter the workforce in the future, and many will leave due to harmful gender dynamics.

Not only that, studies show that once women land leadership positions, they excel, often surpassing men, because they have developed soft skills necessary for effective leadership. Females CFO seems to correlate with high income, female CIOs lead to better investment decisions. Traits like empathy, communication, and listening are qualities that serve women well when in management positions.

Getting women back to work requires long-term thinking about the types of jobs where women want to work. However, according to the Harvard Business Review, misogyny is rampant in the restaurant industry, and we have all seen the stories of its extent in the news and technology industries. Providing opportunities for women in STEM fields will help close the gap and provide more stable employment opportunities in the future. However, individual attitudes will have change.

What does this mean for you? I think the challenge for HR and CEOs going forward is to find a way to provide women a way to keep working and reduce the stress they face at home or offer them a path back in the organization and reclaim their position on the corporate ladder. Those companies that can do this effectively will attract great resources and enable them to get ahead.

Looking at the situation reminds me of Bill Gates’ speech in Saudi Arabia. The audience was segregated by gender, with a large panel dividing the fully veiled women from the men. A participant asked whether the country could realistically become “one of the most competitive economies by 2010.” Gates replied, “Well if you’re not fully utilizing half the talent in the country, you’re not going to get too close to the top.” If the U.S. wants to keep to the top, we have to find a better way to utilize the excellent talent pool we have and not throw a lot of it away.