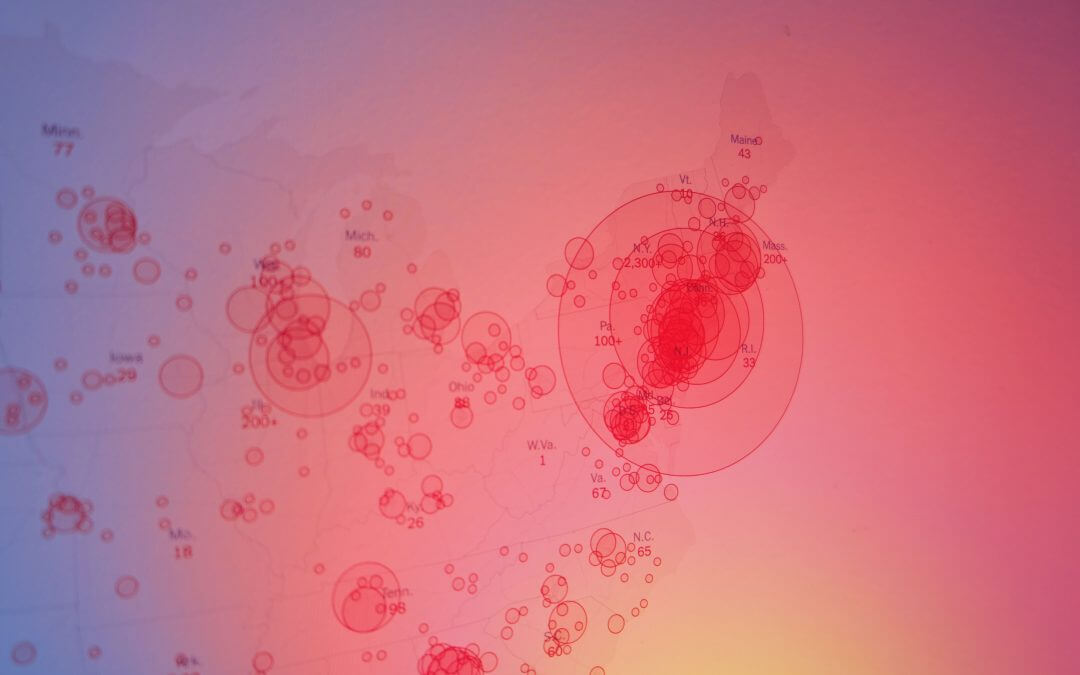 Why We Suck at Planning for Catastrophic Events

COVID has disrupted everything and is bringing about unprecedented changes. However, while many say that we could not have expected COVID, that is not the case. Many people raised the alarm over or planning for a pandemic, from Bill Gates to George W. Bush and Obama administrations. And this is not the first time.

If we look back at the Financial Recession, that was not entirely unexpected. Several people saw the problem and were either raising the alarm or trying to profit from it. As Nassim Nicholas Taleb has stated on several occasions, these are not actual Black Swan events, they were predictable, and the probability of them happening was far more extensive than we recognized.

Finally, even when these calamities are bearing down on us, we tend to do little to avoid them until it is too late. The Administration’s response was lacking in preparing for COVID, even though we knew about it coming out of China. How many times do we see a hurricane bearing down on the coast, and even though there is a mandatory evacuation, people refuse to leave, often paying for such decisions with their lives?

It seems there are some reasons.

Why we prepare so badly is basic economics. In our continual pursuit to improve efficiencies and be either more profitable or less wasteful, it becomes harder to justify spending money on events that we are uncertain will occur. Thus companies moved to just in time systems with no redundancies or excess inventory, which failed them when COVID hit and disrupted shipping. Companies had moved production to lower-cost centers overseas, which caused huge issues when COVID shut down operations in those countries. Finally, I think we have seen the failings of our economic priorities in the U.S. healthcare system, which is not designed for dealing with a public health care crisis, but rather for making a return to investors.

Former Governor Arnold Schwarzenegger invested $200 million in three mobile 200-bed hospitals deployable to the scene of a crisis within 72 hours. Each hospital would be the size of a football field, with a surgery ward, intensive care unit, and X-ray equipment. Medical response teams would also have access to a massive stockpile of emergency supplies: 50 million N95 respirators, 2,400 portable ventilators, and kits to set up 21,000 additional patient beds wherever they were needed. As Schwarzenegger told a news conference, “In light of the pandemic flu risk, it is absolutely a critical investment, I’m not willing to gamble with the people’s safety.” However, in 2011 facing a recession and budget deficit of $26 billion, Former Governor Jerry Brown cut funding for the program.

Thus in our continual drive to be efficient, investments in backup systems and redundancies quickly get cut. For governments, there is always the demand of current situations that take priority over planning. Thus, our economic behavior leaves us vulnerable to the crisis when it arises.

However, once a crisis hits, we are terrible at dealing with it, and that is due to three psychological issues: normalcy bias, optimism bias, and our herd instinct.

Normalcy bias is a cognitive bias that leads people to disbelieve or minimize threat warnings until we are overwhelmed and cannot respond. Thus, individuals underestimate the likelihood of a disaster, when it might affect them, and its potential adverse effects. Normalcy bias causes many people to inadequately prepare for natural disasters, pandemics, war, and calamities caused by human error. During a disaster, about 70% of people reportedly display normalcy bias. Normalcy bias is also called analysis paralysis, the ostrich effect, and by first responders, the negative panic.

Throughout history, there plenty of examples of normalcy bias.

So how do we overcome Normalcy bias? Amanda Ripley, author of The Unthinkable: Who Survives When Disaster Strikes – and Why explains that there are three phases of response:

According to Ripley, the faster we can get through the Denial and Deliberation phases, the quicker we will reach the Decisive Moment and begin to take action.

A typical example would someone diagnosed with aggressive cancer, and ten specialists tell them they have little chance of survival. However, an eleventh tells them they will be ok, so they believe the 11th. Other examples are:

We are social animals, and we take our clues from those around us. If we know a tsunami is coming, but no else is leaving, we figure it is safe to stay, even though we understand a tsunami will cause a calamity.

From an economic behavior point of view, we will have to bear additional costs and waste to maintain preparation. I would expect that for a while, at least a decade or more, we will ensure we have back up lines of supply and more inventory than we need. However, once all memory of COVID has passed, and there is another generation making decisions which did not experience it, costs cuts will return with our move to efficiency.

Concerning our biases, we need to understand them and be prepared. With normalcy bias, we need to have plans on what to do in the case of an emergency. Luckily for the economy, the experience of the Great Recession was still fresh enough that governments knew that had to provide financial support in large amount to stop the economy collapsing, which they did. However, for a lot of emergencies, we will not have the benefit of a recent crisis to fall back on as a guiding example.

Unfortunately, like the generals, in planning for crises, we tend to “fight the last war.” However, each situation is different. What will out next problem be, A.I. went amuck, climate change? Who knows, but it may be something we have not experienced yet, or even if it is, e.g., a public health crisis, the disease may be very different, requiring a different response.

A great example of our failure is Climate Change. We know that climate change is coming, and a recent report by the U.S. Commodity Futures Trading Commission (CFTC) starts by saying climate change “poses a major risk to the stability of the U.S. financial system and to its ability to sustain the American economy.” The report, “Managing Climate Risk in the U.S. Financial System,” was written by a group of 35 advisors from major banks such as Morgan Stanley and JPMorgan Chase, environmental groups such as The Nature Conservancy and Ceres, energy firms such as B.P. and ConocoPhillips, several investment firms, and experts from several universities. According to it, regulators “must recognize that climate change poses serious emerging risks to the U.S. financial system, and they should move urgently and decisively to measure, understand, and address these risks.”

However, our economic behavior justifies us doing nothing since the costs of prevention are so high. The vested interests of doing nothing spend an enormous amount to ensure nothing changes. Of course, the price of prevention is high compared to what? We always underestimate the expense of the crisis, as COVID has dramatically shown. The annual costs of climate change continue to grow, as we experience more significant fires, hurricanes, and damage to crops.

Concerning normalcy bias, we have one denial and not enough deliberation. Concerning decisive movement, the Republican chairman of the CFTC, Heath Tarbert, acknowledged the risk of climate change. Still, he said, “The subcommittee’s report acknowledges that ‘transition risks’ of a green economy could be just as disruptive to our financial system as the possible physical manifestations of climate change, and that moving too fast, too soon could be just as disorderly as doing too little, too late.” Basically, we don’t have a plan!

Concerning optimism bias, we have a situation where 97 percent of actively publishing scientists believe human activity is causing global warming and climate change. However, we cling to the three percent who are deniers.

Finally, herd instinct, we don’t want to be the first or do something that we are not sure others will do.

However, if you wish to protect your business, it would be worth investing time in understanding the effects of climate change on it and developing a plan to protect yourself. Start follow Nassim Taleb’s advice and build “antifragility” into your systems, which provide robustness to black swan events. An application of the least fragile risk management approach, according to Taleb, is the “barbell strategy,” which seeks to avoid the middle in favor of a combination of extremes. How that applies to your business will be different, but planning should start now.