3 Ways You Could be Undermining Your Core Values 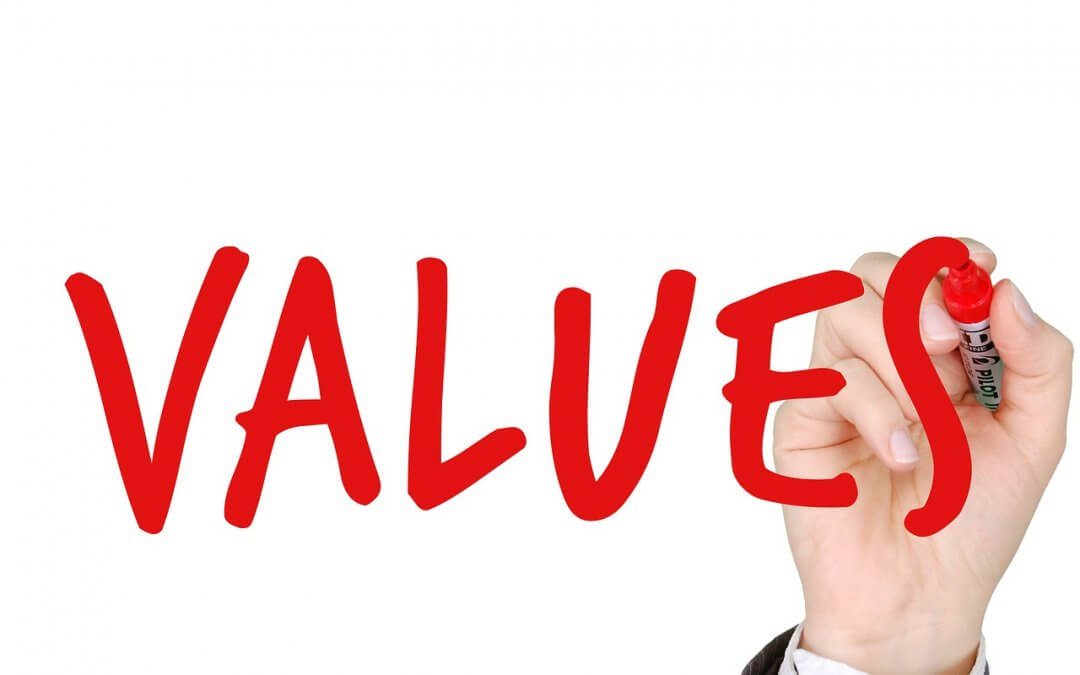 As we have all struggled through 2020 and the difficulties of lockdowns and WFH, our core values are guiding decision making and holding us together as organizations. Talking to a senior executive recently, he said that COVID had destroyed his organization’s comradery, and no one felt connected. However, on further investigation, it appeared that the company has no core values, as they thought them irrelevant.

I find companies without clearly articulated core values can rarely define, “Why do you exist?” If you have no core values, no guiding mission, and everyone is now working from home, what bonds the team together? The only thing is the paycheck. However, we know that money is a terrible motivator. Scholars at the London School of Economics looked at 51 studies on pay-for-performance schemes and concluded:

“We find that financial incentives may indeed reduce intrinsic motivation and diminish ethical or other reasons for complying with workplace social norms such as fairness. As a consequence, the provision of incentives can result in a negative impact on overall performance.”

So, core values are fundamental. I hope you have some, and they are clearly articulated in your organization. Remember, as Jim Collins says, core values are those things we would rather lose profit over than breach. If you are undermining them, your team loses commitment to the values, and it becomes a Lord of the Flies environment with finger-pointing, denouncements, and everyone for themselves.

However, even if you do have core values, there may be three ways you are undermining them.

The first possibility: you breach your core values! If one of your core values is, “We treat everyone with respect” (which I often see in companies) and you do something disrespectful to an employee, customer, or just someone outside the organization, it causes issues. The perception among your employees is that:

You Allow Others to Breach Them

As mentioned above, the CEO and leadership team must live the company’s core values. However, if you allow others within the organization to breach them, it leads to the issues described above. I have often seen that the leadership team provides a pass for some employees because they are high performers, e.g., top salesperson or IT person. The rationale is that we cannot survive without them, and so we will tolerate their failing to behave because it is more important to keep them than maintain our core values. However, as Jim Collins points out, you should be prepared to take a loss to live up to them, so you should be prepared to lose these employees to keep your core values.

I often have CEOs and leadership teams struggle with what to do about such “toxic” people, and at the end of the day, after much pushing, they let that individual go. What usually happens is that company morale improves, core values become believed in, and productivity increase above the levels that were there when the toxic person roamed the organization.

Your Employees Are Confused as To What They Mean

Of the three reasons, this is probably the most common, because it is the easiest to do. I have said the worst two inventions for the corporate world were Excel and PowerPoint. The former encourages accuracy without precision, and the latter because we have lots of presentations where everyone has their interpretation of what the meaning was. This lack of definition is pervasive with core value statements.

You need to explain the meaning of core values. Reinforce them by recognizing examples of the team’s correct behavior, and explaining why specific actions are not core values even if they appear to fall within the definition. If you don’t, employees will weave their interpretations and ideologies into them. The employees’ ideologies and interpretations may take the core values further or in a different direction than the CEO intended. However, once the employees have taken them there, the CEO and leadership team’s opportunity to breach them increases dramatically.

If a core value is “employee growth and belonging,” without being clear as to what this means, it may be interpreted as:

If that is not what the CEO intends, but it is what the employees now believe, it becomes only a matter of time before the CEO crosses the line and breaches the core values in the employees’ minds.

The problem that most often happens is that the employees don’t consider if their interpretation of the core values was wrong; instead, they assume that the CEO is a hypocrite and doesn’t care about the core values. Employees are unlikely to raise the issue that they think the CEO and leadership team have breached the company’s core values because the values of “Open Door” and “Bring me the bad news” are now just considered words rather than values. Thus, the negative spiral starts.

To prevent this, leaders must spend time asking employees what they are thinking and feeling, as well as sharing their own thoughts so that the employees will feel comfortable expressing their concerns.

I hope as we end the year, you CEOs and business leaders will take time to recognize those in your organization that has lived your corporate values during the struggles of 2020 in your one-on-one meetings. It will provide a great deal of goodwill and encourage the behavior far more than the usual “Rally around the flag” speech at the end of the year.