Want to be a great athlete, I mean business leader? 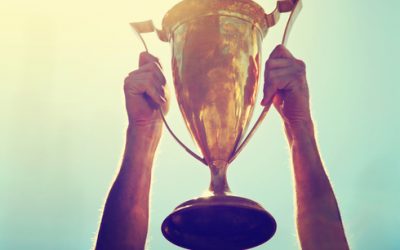 We all admire world-class athletes. I have had the fortune to meet a few and what I have learned is that to be a world-class athlete requires two things, natural ability, and work. I remember the first time I watched a water skier ski a course at 38’ off while riding in the boat, that no matter how hard I worked, I would not reach that level. The second thing is that they work at it relentlessly. What does that mean?

Train – usually six days a week and a day off
Food – what they need for the demands on their body
Sleep well – they recognize deep sleep is required for their bodies to recover.

For more, here is Roger Federer’s workout; however, if we look behind this, what else.

As part of the training, they work on their skills by practicing, Malcolm Gladwell’s 10,000 hours. But it is not just practicing; it is practicing the right thing. How do they know if what they are practicing is correct? They have a coach. Besides, they review their past events and practices with videos or discussions with coaches. Even Maria Konnikova, who decided to become a competitive poker player, used to review every hand of her last tournament with her coach to analyze why she made the decisions. However, that practice also involves practicing interacting with teammates. Joe Montana’s great passes to Jerry Rice didn’t happen because both practiced in isolation. Instead, they practiced while the defensive team tried to stop them.

Play against an opponent

If you compete against opponents in your sport, e.g., poker, squash, tennis, rather than yourself, e.g., golf, you need to practice against opponents, mostly better ones. While you can hit perfect tennis balls against a practice wall all day to improve your swing, it won’t help you when you have an opponent who does something unexpected. An opponent changes the entire dynamic of the game. They make their own decisions, which affect the tempo, your positioning, and your mental game. Just ask Garry Kasparov. In his 1997 rematch Game 1 against Big Blue, Big Blue made a move due to a programming error. However, Kasparov didn’t realize it and “concluded that the counterintuitive play must be a sign of superior intelligence.” This caused Kasparov to lose the second game.

The great thing about competitive sports is that we can see what our opponents are doing to win and emulate them. As Oscar Wilde said, “Imitation is the sincerest form of flattery that mediocrity can pay to greatness.” I remember John Battleday telling me how all the best water skiers at one time were battling to do a forward flip on a trick ski. However, once one person figured it out, the rest could quickly do it. That happens everywhere. It takes a long time for someone to figure out how to do something new and improved, and it is adapted in now time by the entire community, e.g., the Fosbury Flop.

Finally, they have coaches and teammates that push them outside their comfort zone so that real development takes place. No matter who we are, it is easy to justify to ourselves why we are not pushing ourselves, but coaches and teammates call B.S. and force us to get and keep going. They help us improve our skills by pointing out our mistakes, asking us questions to understand why we did what we did, and role-playing with us. When Maria Konnikova decided to become a champion poker player, she didn’t know how many cards there were in the deck, but she did know she needed a coach, so she got one. In Roger Federer’s team, he has two tennis coaches, a fitness coach, and his wife, an ex-top tennis player.

A couple of years ago, Vistage speaker Jack Daly said, “Top athletes practice constantly; why don’t businessmen?” That statement hit me then and has stayed with me since.

It appears that for the majority of CEOs and business leaders, once the white smoke rises and they are chosen, there is an assumption, they should have all the answers and not need any more learning or insight from anyone. I have heard this from Private Equity Groups of all people who say, “We hire great people, so they don’t need to spend more on personal development.” Really! I reach peak physical fitness and then stop working out because hey, I am here!

As a Vistage Chair, I meet lots of CEOs who I talk to about joining Vistage or a peer group with coaching. The reasons I get for not joining are:

Time is the one thing that we cannot buy more of. Not only that, but as we move up the corporate ladder, there are more demands on our time from our company, and then there are demands on our time from family and friends. Since time is fixed, we turn to the adage, “Work on the business, not in the business.” Easier said than done. You start your day, and the emails and calls come in disrupting your plans to do X. Typically, what happens is we deal with “the urgent,” both important and unimportant. But what we struggle to deal with is “the important but not urgent.” How does a peer group help? Well, one day a week, you get away from emails, interruptions, and phone calls. You get time to reflect, present ideas to your peers, and get feedback. That is feedback is not the “right solution,” but rather may be:

Since the group has no incentive behind helping you other than you will help them, they are often the ones who help you, as Jim Collins says, “Confront the brutal facts.” However, their questions, suggestions, and insight can save you time and money far above what you would have spent otherwise.

Yes, groups and coaches cost money, but they provide a real ROI. If they didn’t, why would so many world-class athletes use them? Although I am a Vistage Chair, I remained a member. Why? Because I need:

A response I hear from many CEOs is, “I have a board/friends who do that.”

If you have a board, you probably meet quarterly. While the board gives you input and hold you accountable, it is not a place where you can quickly bring up issues and challenges. Also, a lot happens in three months, and you need someone far more regularly to ensure you keep to your commitments and even help you process the feedback you are receiving.

Your friends are precisely that, friends. They will support you. They are not going to challenge you, tell you your ideas don’t work. If they did, you wouldn’t be friends.

I have had members present their websites, sales pitches, investor pitches, and marketing materials to the group, which is a group of CEOs who are the types of people who purchase their products and services. Everyone who has done it has found the feedback to be incredibly valuable. We get so caught up in our mind and decision process that we need unbiased outside voices to point out what we are missing.

Finally, as the CEO or President of an organization, your daily decisions are usually involving something that costs more than $50,000. The final decision on hiring someone, a new production plan, a new marketing plan, new product development, etc. If the group helps you make just one better decision a year, the return is over 200%.

I don’t need a group or coach.

Now, this response, I understand. it was my response when I was initially asked to join Vistage. I was overconfident and sure of my abilities. However, a few years later, I realized I did need the group, coaching, and education that Vistage provided. On reflection, I realized my arrogance and attitude had cost me so much.

Atul Gawande, professor of surgery at Harvard Medical School, has studied the question, “How do we improve in the face of complexity?” His solution: having a good coach to provide a more accurate picture of reality, to instill positive habits of thinking, and to break your actions down and then help build them back up again. Gawande says, “It’s not how good you are now; it’s how good you’re going to be that really matters.” See his TED talk below.

I still need a venue to practice, learn, and be held accountable. Even today, I have a coach outside of Vistage to force me to work on those things that I don’t want to do. It is easy to put off the things we don’t want to do, but again to follow Jim Collins’ advice, those companies that succeed do the 20-mile march.

Finally, today we are in a rapidly changing environment. What worked before may not work again. We need to rethink many products and services, develop new ones, enter new markets, or find new supply sources. Also, it is hard; we are all struggling, even you, the CEO. Where can you go and share that experience? Not with your employees, your investors, your spouse. But you can with a group of peers. That is why today, according to McKinsey, more and more CEOs are turning to Peer Groups for help and support.

If you want to be a much better leader, get a coach, a group, and access learning, to help you do the “hard” work. You will be grateful.