The stimulus has ended; what does that mean for the economy? 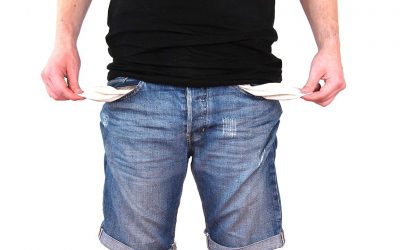 The stimulus from the CARES Act has ended, and so far, Congress cannot find a way to replace it. Democrats in the House have passed a bill, but Senate Republicans, lacking a unified approach, have waited until the end of the summer to propose a plan. Currently, Secretary Steven Mnuchin is negotiating with House Speaker Nancy Pelosi to find a compromise. So, what?

Well, without the stimulus, unemployment is expected to rise. Last week’s Bureau of Labor’s jobs report showed that the job gains from April slowed dramatically, adding just 661,000 jobs. The unemployment rate now stands at 7.9%, down from 14.7% in April. Currently, approximately 25 million people rely on jobless benefits to get by, and the outlook is worse. Last week, the Walt Disney Co. said it would lay off 28,000 people, and American Airlines Group Inc. and United Airlines Holdings Inc. announced 32,000 job cuts. These are just the massive layoffs; however, lots of smaller companies are laying off workers.

So far, most of the damage has been to low-income workers, but the pain is moving up the wage scale. A recent Wall Street Journal article pointed to a couple in New York who earned about $175,000, enough to cover the mortgage, two car leases, student loans, credit cards, and assorted costs of raising two daughters in the New York City suburbs. However, since COVID hit shutting down the courts, one of them, a lawyer, is unable to work, and the family is running low on savings. They can’t keep up with $9,000 in monthly debt payments, including mortgage installments.

While many have pointed to fall credit card debt levels during COVID, more worrying is the number of people behind on their mortgages, rent, and utilities. As we head into winter, with many facing evictions, no heat or water, the prospects are even worse. As some might recall from their economics class, the marginal propensity to consume is greater for those in lower-income brackets. Therefore, to boost the economy, middle- and lower-income Americans need to be able to consume. While the wealthy will spend some of the benefits they receive, they will spend far less, so the positive impact on the economy is limited.

Many fiscal conservatives have said that they are now concerned about the deficit and deterring people from working. It is nice to see they have finally found some courage; however, it seems more that they object to anyone they believe doesn’t deserve a benefit getting one. There was a deafening silence from this crowd with the passage of The Tax Cuts and Jobs Act (TCJA) in December 2017, which provided benefits to companies and the wealthy. Many in the Administration and other conservatives claimed that the TCJA would pay for itself. Unfortunately, not! The deficit increased since its passing, and Bloomberg’s analysis showed that most corporate tax cuts went for buy back shares. In my opinion, this spending on buyback is the leading cause of the stock market’s continued rise.

While some will claim that increases income for everyone, only about 10% of the population owns shares outside of a retirement plan. So, the impact of the rising market does little for overall consumption and the economy.

During the Great Recession, Congress failed to provide enough stimulus for a full recovery. It is in danger of doing the same again, and this time I fear the consequences will be far worse. I would advise all CEOs to what cash levels and liquidity, but at the same time, we need people spending to grow out of this hole.