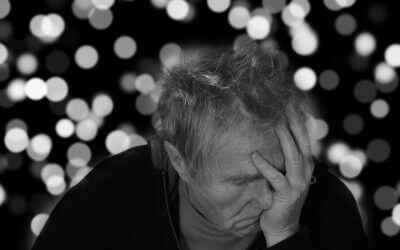 As I talk to my CEO clients and others across the work spectrum, the common refrain that I hear is, “I am so tired.” Somehow, I feel I have Lili von Shtupp’s lyrics stuck in my head on repeat.

“I’m so tired
Goddammit, I’m exhausted
Tired, tired of playing the game
Ain’t it a crying shame
I’m so tired.”

So why is everyone tired? I put it down to three things: Zoom Fatigue, Long Hours, and our environment.

Zoom Fatigue is real! Before COVID hit, roughly two-thirds of all social interactions were face-to-face. No more. Most of us still talk in person with the people we live with and maybe with a friend or two who we have allowed into our pods. There may be the occasional chat with the cashier at the grocery store, restaurant, or the UPS delivery person. However, almost all other interactions, work conversation, book clubs, dinner parties, joking around at the gym have either disappeared or moved online. Thus, nearly all of us are yearning for more social connections.

With the onset of COVID, Zoom, Teams, Skype, other video calling systems calls took off. Not only that, but telephone calls, which had been declining in favor of text, were like Mark Twain: the report of their death was an exaggeration.

So while we are communicating through new and old channels, it is different. According to  Jeffrey Hall, a professor of communication studies at the University of Kansas, “Compared to face to face, texting and using social media, energy use during a Zoom call is higher. It was more intense than these other [modes].” Besides, Hall’s research shows that video calls also seemed to heighten not lessen loneliness. “People said, after the fact, that they felt lonely, less connected [on video chat].”

Hall argues Zoom fatigue is real. “Zoom is exhausting and lonely because you have to be so much more attentive and so much more aware of what’s going on than you do on phone calls.” We are also asking everyone on the call to have their cameras on see how people are doing, but then you are also watching yourself speak. Research shows that when we’re on video, we tend to spend the most time gazing at our own faces. So, hide from view. Also, when on video, we also focus on other’s backgrounds as well. We can see their furniture, plants, and artwork. We start straining to see what books they have on their shelves. Processing all these stimuli takes a lot of very energy, increasing mental fatigue. Also, bandwidth issues causing blips, delays, and cut off sentences create confusion.

Not only that, but video calls make it easier than ever to lose focus. We all believe we absolutely can listen intently, check our email, text a friend, and post a smiley face on Slack within the same thirty seconds. Except, of course, we don’t end up doing much listening at all when we’re distracted. Not only that, but it quickly becomes obvious to the others that you are not focused and mentally checked out, which is a distraction to the entire group.

Finally, there are issues of co-workers being invited into your private living spaces and all the issues that bring with it. People are questioning coworkers’ tastes in art and home décor and being exposed to more of their online chat participants than expected. The latest to fall foul of that was New Yorker writer Jeffrey Toobin, but there are cases of mothers being caught nude on their children’s school zoom calls, and much worse.

According to Hall, phone calls, by comparison, are less demanding. “You can be in your own space. You can take a walk, make dinner.”

How to combat Zoom fatigue

I believe there are a few steps we can take to reduce Zoom fatigue, and they are:

With COVID, our workspace has invaded our homes. The separation of relaxation and work is lost as so we work longer. Also, many of us are dealing with our children’s challenges at home learning virtually, which is a huge distraction and prevents many from doing their jobs. As a result, work gets moved to when the children are done or asleep, lengthening the workday. Effectively we are all working continual overtime.

However, research shows employees who work overtime hours experience numerous mental, physical, and social effects. Significant effects include stress, lack of free time, poor work-life balance, and health risks. Besides, employee performance levels fall, and there is an increase in tiredness, fatigue, and lack of attentiveness. Here is a list of things you and your employees can do to reduce stress.

From what I see and hear, everyone is experiencing this. The initial increase in productivity with the onset of COVID has gone, and overall productivity has fallen. There is overall euphoria for those whose children have returned to school as they are regaining time to work and then be engaged with their children at the end of the day.

How to combat long hours

Combatting long hours is more difficult than Zoom fatigue. But realistically, COVID will affect us for another year, so you need to adjust your planning to that reality. During the winter months, it will get worse as outside activities become more limited. However, here are some suggestions.

We are heading into the holiday season, and this year it is going to be very different. For those with college children, they will be home much longer. There will be no parties and few opportunities to socialize. There will be little shopping at malls for gifts, but UPS, FedEx, and Amazon trucks will fill the road. Those with extended families are likely to travel to see them. After nine months of COVID, this is what we have to look forward to. Not only that, but we can expect COVID to be disrupting our lives for another nine to twelve months. All of which is mentally draining.

How to deal with this. The best way, in my opinion, is the Stockdale Paradox. James Stockdale was held captive during the Vietnam War as a prisoner of war for over seven years. Stockdale was repeatedly tortured during his captivity and had no reason to believe he’d make it out alive. To stay alive in this hell reality, Stockdale embraced both the harshness of his situation with a balance of healthy optimism. The paradox, as he put it, “You must never confuse faith that you will prevail in the end — which you can never afford to lose — with the discipline to confront the most brutal facts of your current reality, whatever they might be.” In its simplest form, the paradox is the idea of hoping for the best but acknowledging and preparing for the worst.

Of course, as a follower of the ancient Greek Stoic philosophers, Stockdale may have had an advantage, but we can all learn from the paradox. The paradox holds a great lesson for how to achieve success and overcome difficult obstacles. It also challenges unbridled optimists and those positivity peddlers whose advice we are encouraged to follow. In discussion with Jim Collins for his book Good to Great, Stockdale spoke about how the optimists fared in the prison camp. The dialogue goes:

JC: “The optimists? I don’t understand,” I said, now completely confused, given what he’d said a hundred meters earlier.“

JS: “The optimists. Oh, they were the ones who said, ‘We’re going to be out by Christmas.’ And Christmas would come, and Christmas would go. Then they’d say, ‘We’re going to be out by Easter.’ And Easter would come, and Easter would go. And then Thanksgiving, and then it would be Christmas again. And they died of a broken heart. … This is a very important lesson. You must never confuse faith that you will prevail in the end—which you can never afford to lose—with the discipline to confront the most brutal facts of your current reality, whatever they might be.”

Your organization—or unconscious mind—may be hoping on some other event or date after which some version of “rescue” will come: a vaccine, a cure, a reliable and cheap test, the acquisition of herd immunity.

However, to review the brutal facts, none of these developments are likely in the foreseeable short term. There is a possibility that there may never be a fully effective vaccine or cure; this virus may be something that we live with and manage for years to come. If that is the case, we will have to change elements of our social interaction in unprecedented ways that may well lead to irrevocable social changes.

Besides, the effects of the virus today ensure there will be no normal to return to, as this incomplete list indicates:

With regard to business leadership and management, this duality helps to guard against the onslaught of disappointments that COVID delivers in the business world. Optimism drives innovation; however, we need to maintain realism and not over-optimistically chase something that can’t happen.

The COVID crisis is affecting your employees in very different ways depending on where they live, what they do, their family situation, and their understanding of and expectations about the pandemic, among other factors. As a result, your team members are probably in different phases of reaction to the crisis. Keep this in mind and here are some additional suggestions.

I hope some of this helps. Hang in there and have faith. The road may be rough, but as John Lennon said, “Everything will be okay in the end. If it’s not okay, it’s not the end.”