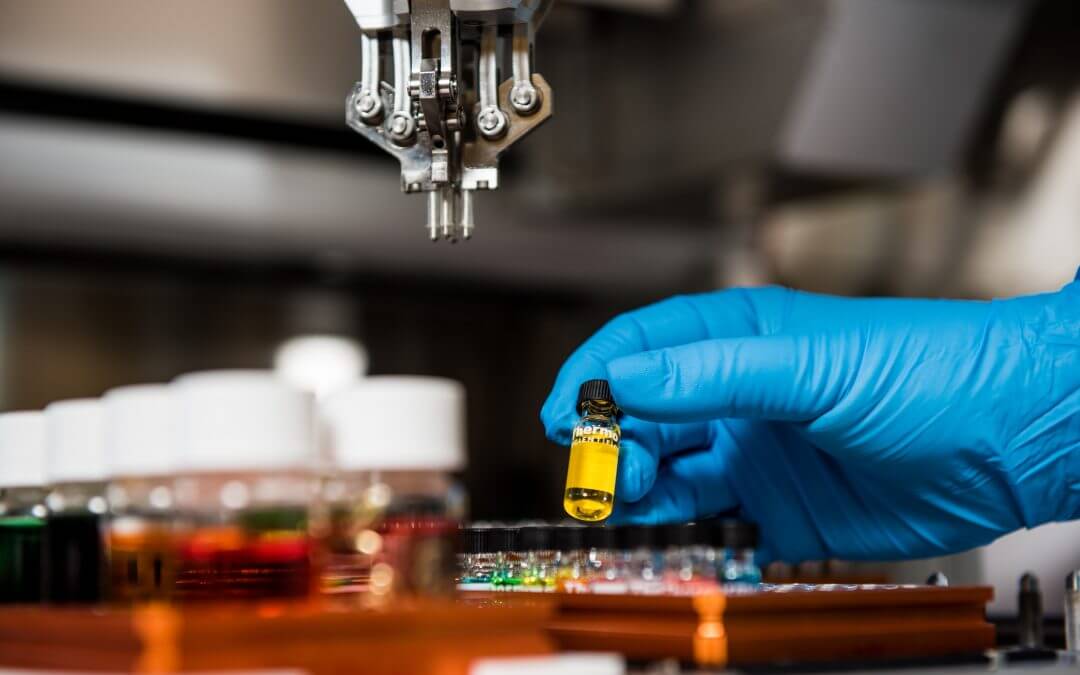 As George Santayana put it, “Those who cannot remember the past are condemned to repeat it.” Well, the U.S. has returned to an environment where small companies and small-business-like teams at universities innovate outside of large companies and sell them in the market for ideas. While the notion of innovation created by small flexible firms is appealing, the contributions made by large corporate labs were a much more significant benefit to the U.S. So what happened? A recent paper, “The changing structure of American innovation: Some cautionary remarks for economic growth,” by Arora, Belenzon, Patacconi, and Suh, examines the golden age of corporate-driven research up to Ronald Reagan’s presidency, before its steady decline up to the present day.

By the late 19th century, most of the development of innovations took place in small companies, i.e., the Wright Brothers, and large corporations then acquired it in the market. The environment was similar to the one we live in today: inventors came up with ideas, venture capitalists funded, and companies commercialized the ideas. There were patent lawyers and non-practicing entities, which own patents purely to litigate on their behalf. There were still startups commercializing an idea and scaling it up themselves, but many inventors found that the market’s division of labor allowed them to focus on what they did best.

Large firms acquired the ideas created by inventors and were skeptical of the value of doing in-house science. Their modus operandi was that it was easier to buy new science off the shelf. T. D. Lockwood, head of American Bell Telephone Company’s patent department, said in 1885, “I am fully convinced that it has never, is not now, and never will pay commercially, to keep an establishment of professional inventors, or of men whose chief business it is to invent.”

The 1920s stock market boom, similar to the 1990s Dot.com bubble, was driven in large part by a considerable increase in the value that investors accorded to intangible capital and ideas held within companies. From 1921 to 1927, the number of scientists and engineers working in industrial labs increased by more than 100%.

The 1929 stock market crash and the Great Depression caused a massive and persistent decline in independent inventing and the startup-like activity around it. However, large corporate labs continued to boom, increasing staffing and research spending throughout the lean 1930s, and earning more patents. By 1930, large firms received most patents, rather than independent innovators, and this gap only widened into the 1950s. The industrial lab was king.

Bell Labs, proving T. D. Lockwood wrong, grew to be one of the most outstanding commercial labs. By the late 1960s, it employed over 15,000 people, including 1,200 PhDs, who between them made too many important inventions to list, from the transistor and the photovoltaic cell to the first digitally scrambled voice audio (in 1943) and the first complex number calculator (in 1939). Fourteen of its staff went on to win Nobel Prizes and five to win Turing Awards.

DuPont established its research facilities in 1903, and they rivaled that of top academic chemistry departments. In the 1960s, DuPont’s central R&D unit published more articles in the Journal of the American Chemical Society than M.I.T. and Caltech combined.

R&D Magazine, which awards the R&D 100 to the hundred innovations it judges most innovative in a given four year period, presented 41% of its awards to Fortune 500 companies in its 1971 iteration and 47% in 1975.

The iconic corporate lab story of time was PARC. Xerox’s Palo Alto Research Centre, located in Palo Alto, the heart of Silicon Valley, developed many of the foundational building blocks of today’s technology and economy. PARC researchers produced, among other things:

Following a visit to PARC in 1979, Steve Jobs incorporated many of the ideas into Apple products. Charles Simonyi, a key developer at PARC, moved to Microsoft, where he developed the Office suite. However, Xerox itself did not capitalize on these inventions.

According to economist Ronald Coase, who won the Nobel Prize in 1991, the key to the success of corporate labs is transaction costs. In his 1937 work entitled “The Nature of the Firm,” Coase provides the rationale why firms exist. Given that most economic, competitive behavior takes place in open markets, labor is the exception. In most cases, when we sell our labor, we bind ourselves to a single “buyer,” our employer, for an extended period for everything we have to offer. If market competition is so efficient, why is the “gig” economy not the popular model? While the “gig” economy is growing, as I have noted before, mainly, it caters to lower-skilled employees.

Coase’s second treatise providing insight into this issue, “The Problem of Social Cost,” was published in 1960. It launched the so-called Coase Theorem, which states that if transaction costs, the costs of interacting with other individuals or institutions, e.g., the costs of drawing up and enforcing a contract, are low, people will contract to deal with the problems emerging from positive and negative externalities. However, when transaction costs are high, institutions and policies are needed to deal with the externalities instead.

Large R&D labs exist for the same reasons as firms. The transaction costs of collaboration are considerable:

As mentioned above, the corporate labs of the 50s and 60s generated great ideas and innovation. However, starting in the 1970s, the decline began:

By 2006, only 6% of the awards from R&D Magazine were going to firms in the Fortune 500. Federal labs, university teams, and spin-offs from academia are winning the majority.

Antitrust
Following the regulations of the 1930s, firms’ abilities to grow through mergers and acquisitions decreased because of antitrust pressures. These pressures, combined with little produced by universities and independent inventors, large firms had no choice but to invest in internal R&D.

However, starting in the late 1940s, antitrust pressures had switched from mergers to monopoly power. The 1949 case against AT&T’s Bell Labs, which resulted in the forced divestment of its non-telecoms arms, and compulsory no-fee licensing of all 7,820 of its non-telecoms patents by Bell Labs. At the time, this amounted to 1.3% of the total stock of patents in force in the U.S.A. While there is evidence that this move provided a foundation for many of the significant innovations of the next fifty years in the U.S., it was effectively a large scale patent invalidation. The result was a chilling effect on innovation in big firms’ R&D labs. The further antitrust moves by the D.O.J. against I.B.M. and which broke up AT&T compounded the problem.

With the Reagan administration, the merger antitrust environment became more relaxed in the 1980s, as was seen with the emergence of corporate raiders, etc. However, this changed this status quo, and growth through acquisitions became a more viable alternative to internal research, and hence the need to invest in internal research was reduced.

Milton Friedman
Friedman’s theory, “A Friedman Doctrine: The Social Responsibility of Business is to Increase Its Profits,” was published in the New York Times in 1970, fifty years ago today. It concluded with, “there is one and only one social responsibility of business—to use its resources and engage in activities designed to increase its profits so long as it stays within the rules of the game, which is to say, engages in open and free competition without deception or fraud.”

As a result of Friedman’s work, companies started to focus solely on profit maximization. The results were:

These actions resulted in the shutting down of R&D labs or trying, as I.B.M. did, to refocus them on commercial applications. Finally, firms that had them found the benefits of innovation were captured less by the firm and tended to spill more into the general economy, reducing the return to the firm.

What was the impact of Corporate R&D Labs?

A paper by Robert Gordon points out that American G.D.P. per hour grew:

Others have found similar trends.

Simple metrics like airplane engine power, crop yields, life expectancy, height, and computer processing speed are increasing at slower rates. From the industrial revolution until the mid 20th century, there was steady progress with increasing growth; however, progress has slowed since.

Startups and Universities Have Not Solved the Problem

We think that the current environment, an innovation system based around an open market for ideas, with the division of labor between specialized firms, rather than specialized teams within firms, is attractive. There is constant talk of how much easier it is to start a business today with the ability to test ideas, scale with the benefits of the “gig” economy, cloud platforms, e.g., A.W.S., and SaaS models, and get Angel and V.C. funding. As attractive as this narrative is, it is false. As I have discussed before, and there is plenty of data to support the claim that new business startups are at their lowest level since the Carter Administration. Furthermore, while small new ventures are more flexible and adapt to new situations quicker, and possibly come up with new ideas more rapidly than big incumbents, they are not delivering the growth we have historically experienced. Why?

Disintegrated businesses have less incentive to research general-purpose technologies. An estimate found that over time society at large captures 98% of the value of innovations, and the innovator 2%. Thus, the Friedman theory implies that, by themselves, small businesses will not do as much research as is optimal from society’s point of view. However, for large vertically integrated companies, they can use more of the benefits of discoveries that smaller firms would not be able to capture, even with robust intellectual property protection, so it is worthwhile for them.

Finally, what we have seen over the last two decades or more is the failure of the D.O.J. to enforce proper antitrust, which has resulted in many companies acquiring startups with technology only to shut them down and kill the technology.

As Arora et al. argue that a cause of the decline in productivity is that, “The past three decades have been marked by a growing division of labor between universities focusing on research and large corporations focusing on development. The knowledge produced by universities is not often in a form that can be readily digested and turned into new goods and services. Small firms and university technology transfer offices cannot fully substitute for corporate research, which had integrated multiple disciplines at the scale required to solve significant technical problems.”

It appears that some are. Google, Facebook, Amazon, et al. have all developed large R&D labs. In some cases, the research is more focused, but over the benefits are there. These efforts, combined with the current trend to provide the D.O.J.’s antitrust actions with some teeth, might start a greater return to corporate R&D. Given the benefits to the country, we should hope so.