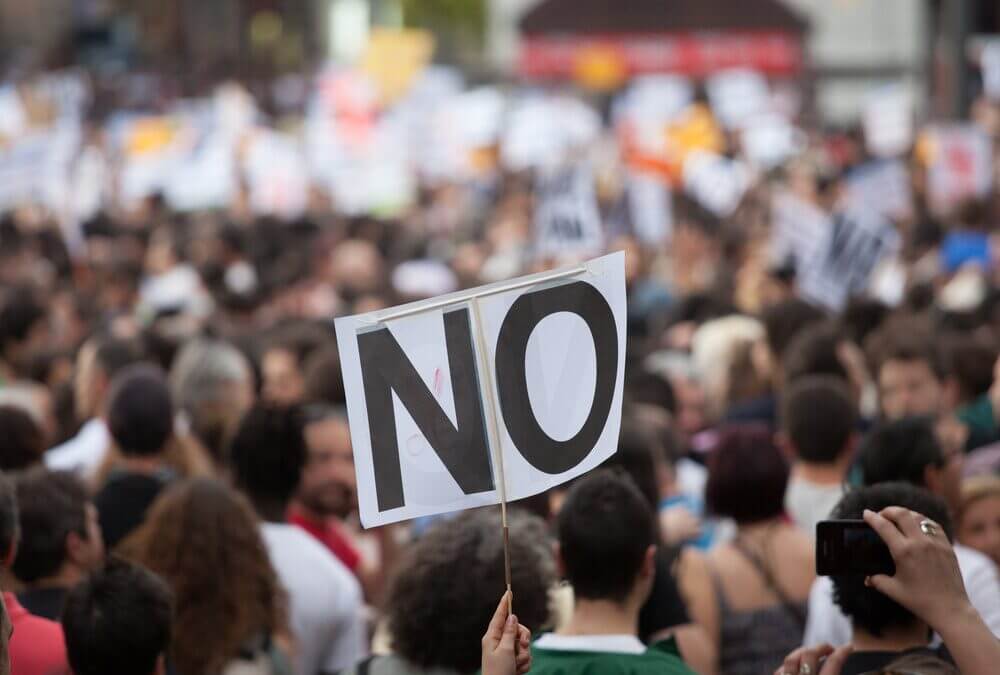 The 2008 Recession led to the Tea Party, Occupy Wall Street, and other movements. Of these, the Tea Party had a more enduring effect due to the large amount of funding it received. Now COVID.

In just over two and a half months, the U.S. has lost more jobs than those gained over 101 months of continuous wage growth since the 2008 Recession. To see how the recovery has primarily benefited the wealthy through higher asset prices, just look at the Dow Jones Industrial Index. 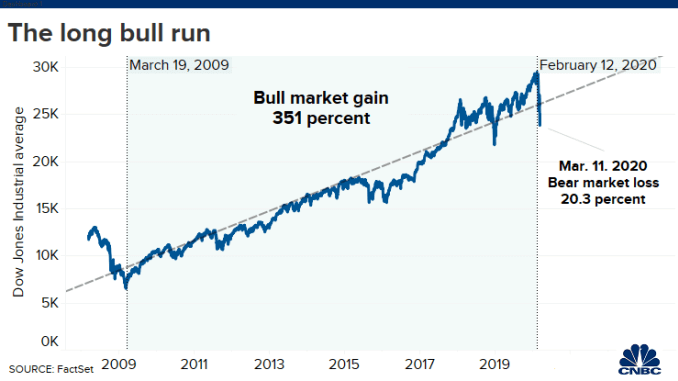 However, workers have not benefited from the largesse of QE and its progeny. According to the Pew Research Center U.S. hour wages have increased about 10% in real terms since 1964! 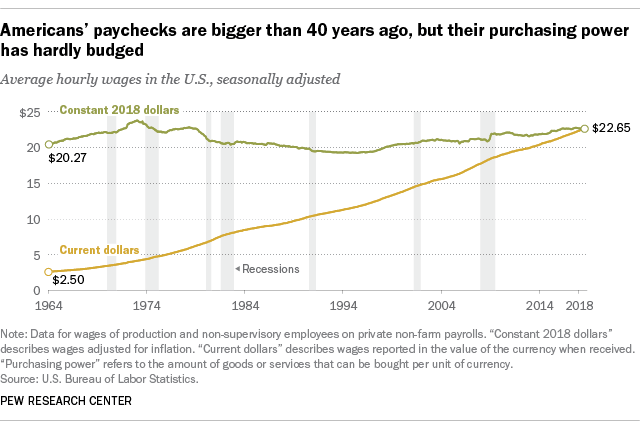 As Yogi Berra so aptly put it, it is “Déjà vu all over again.” While the Administration is expecting a quick return to normal, most economists do not share that view. Below are areas that I think will cause more economic pain.

With all that the Fed and Congress’s stimulus, several significant firms have announced bankruptcies since March, which is likely to make 2020 the worst year since 2009. Recently, firms ranging from Ravn Air, Neiman Marcus, J Crew, Gold’s Gym, and Hertz, have filed bankruptcy, and Chesapeake Energy is considering it. In May, 27 companies reporting at least $50 million in liabilities sought court protection from creditors, the most significant number since 2009.

While the Fed’s backstop of the corporate debt markets has helped investment-grade borrowing nearly $1 trillion through May, non-investment grade companies are turning to the bankruptcy courts as their revenues have evaporated.  According to JP Morgan Chase, in April, corporate borrowers defaulted on $36.7 billion of bonds and loans, the fifth most enormous monthly volume on record. In the last two months, the amount of distressed debt rose 161% to over half a trillion dollars. Industries which are in trouble are:

Of the above, in many cases, the closure of colleges will have huge ripple effects in the local communities, leading to many other businesses closing. New research from economists at three Federal Reserve banks shows coronavirus-related bankruptcies could rise by 200,000 to reach almost 1 million unless government stimulus programs offset the increase.

Finally, many small companies across the country will close for good regardless of their industries.

Along with corporate bankruptcies, many lawyers expect a dramatic rise in personal bankruptcies. American consumers already had a high level of debt before COVID, and with the level of unemployment expected, they will not be able to meet their obligations. Even those with jobs could see reduced hours, wages, or both, which will further strain their finances. Given that foremost, this is a public health crisis, many people who have had COVID and required treatment will be facing substantial medical bills. Many reports show that most Americans cannot face an unexpected $500 charge; however, costs for COVID treatment are about $30,000 with insurance. As COVID has disproportionally affected lower-income minorities, whose jobs do not provide health insurance or who have lost their jobs, many will be unable to meet their medical bills leaving bankruptcy as the only option.

Approximately 41 million Americans have applied for unemployment in just ten weeks, and the unemployment rate is 14.7%, the highest since the Great Depression, according to the Department of Labor. However, even as things open up, unemployment still faces some strong headwinds, including:

According to Goldman Sachs’ latest estimates, the unemployment rate will peak at 25%, rivaling the worst period of the Great Depression. Further Goldman expects the so-called real jobless rate, the percentage of Americans who want a job but have given up trying to find one, to peak at 35%.

While the Federal Government is providing an additional $600/week in unemployment insurance (“UI”), that will end at the end of July. However, as the states provide most UI and have a maximum duration of 26 weeks in a year, except for Michigan, Missouri, and South Carolina who limit it to 20 weeks, and Florida, Georgia, and North Carolina, which restricts it to 12 weeks. By the end of July, those who let go at the start of the shut down will have been unemployed for 20 weeks. Furthermore, many states only provide about 50 percent or less of weekly earnings.

In 2015, approximately 48.5 million people rented their homes in the U.S. Most states put a moratorium on evictions, which is providing some temporary relief.  However, there are significant variations from state to state, as the Eviction Lab scorecard shows. According to the Department of Housing and Urban Development, almost half of the rental units are owned by individual investor landlords who depend on rent to meet their expenses. Once the courts open up, I expect a rise in evictions, but for those evicted without jobs, where will they go.

For the wealthiest country in the world, it is a sad fact that many people in the U.S. are food insecure. In 2018, 37.2 million people lived in food-insecure households, meaning they are often forced to skip meals, eat less at meals, buy cheap non-nutritious food and/or feed their children but not themselves. Furthermore, one in six children in the U.S. is food insecure. 5.6 million U.S. households experienced severe food insecurity. Since 2018 things have worsened with food insecurity in households with children under 18 has increased by about 130 percent since 2018. 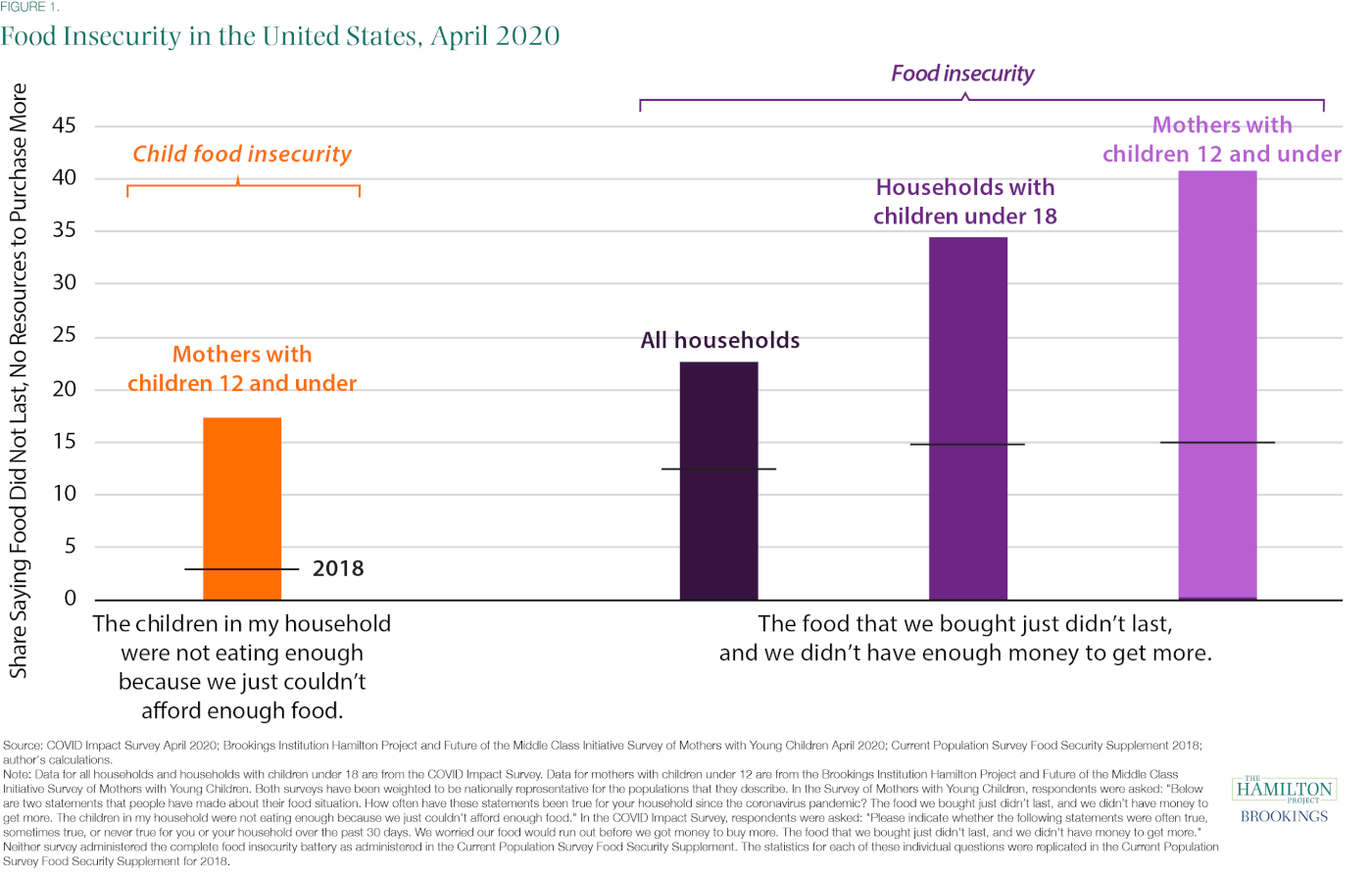 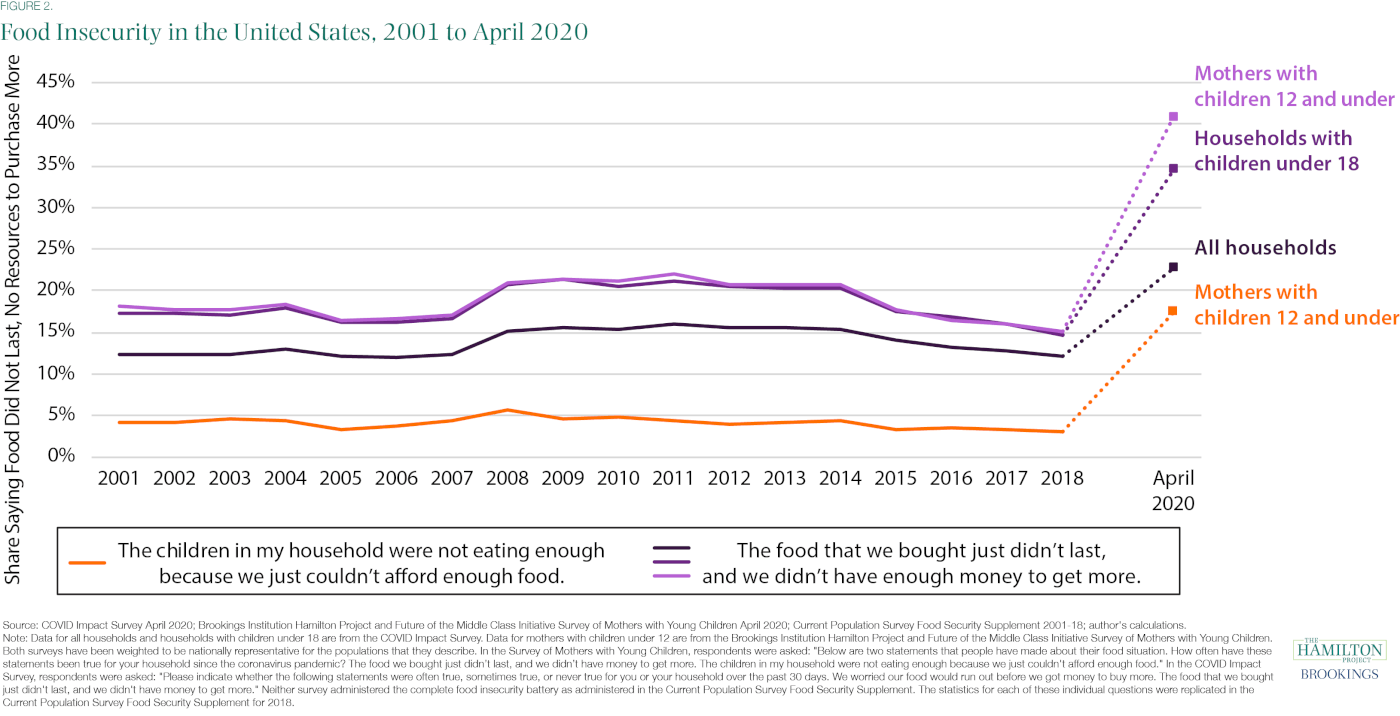 The Administration’s recent cut to SNAP has reduced food assistance to 700,000 Americans affecting them, their families, and households. With schools closed where many lower-income children receive most of their meals, their food insecurity has grown. The lines at food banks are increasing across the county.

Regretfully, we have seen the killing of Ahmaud Arbery and George Floyd, which unfortunately shows the different standards minorities face in the U.S.

The “boogaloo” movement, which is seeking a second Civil War against a seemingly tyrannical or left-wing government, minorities, police, and public officials, partially in response to a perceived threat of widespread gun confiscation, is growing. What is concerning is that the use of the term has grown nearly 50 percent on platforms like Reddit and Twitter over the last few months. Also, as the armed protestors, many boogaloo members, take over government buildings supported by wealthy donors, the lack of consequences further shines a light on the difference in treatment between races. These actions will further undermine the feeling of security by many.

What does it all mean?

If you look at Maslow’s Hierarchy of Needs, the two basic needs are:

With evictions and food insecurity, many are not having their Psychological needs met. Nearly all revolutions start in the spring as people are food insecure from the winter, so increased food insecurity is never a good sign. With increased demonstrations, health scares, and no homes, security, and safety are of growing concern. Thus many will be lacking Maslow’s basic needs. In such a situation, many feel a loss of self-worth as they cannot provide basic needs for themselves and their families.

With a loss of self-worth, lack of basic needs, many will feel little stopping them from openly protesting, as we have unfortunately seen across the country, but especially in Minneapolis and other major cities this weekend. Furthermore, there is evidence of out of town people from both sides driving these riots. Solving the crisis will not be easy. While the police and national guard can put down the protests, it does nothing to address the underlying issues, but would further inflame tensions. Many states’ Concealed Carry and Stand Your Ground laws will enable situations to spiral out of hand even quicker. Data shows that Stand Your Ground laws increase firearm homicides, but have no measurable effect on other violent crime. Finally, the President’s Tweet, “When the looting starts, the shooting starts,” does nothing to help the situation.

Social unrest is coming; however, the key questions are how much and how bad? That will depend on whether we are willing to reconsider how our economy works, because as Scott Galloway puts it, “there is evidence of a Hunger Games economy everywhere.” Also, there is evidence that America’s failing safety net is primarily racially driven, something that needs change. We need empathy, more effective government policies, and to retrain workers whose industries have gone.